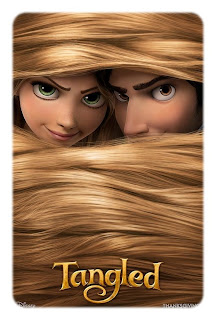 I know, it sounds weird, but hear me out!

On Friday, Disney’s Tangled will be released and thousands of little British girls (and boys) will be going to watch it. And then hopefully, once they realise it is adapted from a traditional fairy tale, they will want the book! The problem is Disney has already overflowed the market with Tangled-related publications. I have not got an actual problem with Disney books; I mean they are not great but I’d rather children read a Disney book than no book at all. But in this case, there are so many great versions of Rapunzel published already, it would be a shame for them to be overlooked. So I thought I’d showcase what’s available for all those new Rapunzel fans. So starting this Thursday, it is Rapunzel Appreciation Week!