The Boy Who Climbed Into the Moon

Paul lives in the basement of a big tower block somewhere in the north of England. One day, Paul decides to have a day off school; he blames a tummy ache and headache, but really his parents and he know that Paul just cannot face school that day. So instead, he decides to go to the top, floor 29, to see if he can touch the sky. See, Paul believes that the moon is actually a hole in the sky and he would really like to check his theory out. Along the way he meets an array of rather eccentric characters, all inhabitants of the tower block who were until then unbeknown to him. All we play a part in helping him fulfil his ambition.

Along with his other collaboration with Polly Dunbar, My Dad’s a Birdman, this book aimed at a younger audience, and these two titles have been my favourites of David Almond’s.


There is a lot of wackiness and silliness in this book, but the quality of the writing is such that it certainly never falls into the overdone. It has a certain lyrical quality which cannot be understated. Almond is a master with words, and accompanied by Polly Dunbar’s beautifully coloured illustrations, this is without a doubt a match made in heaven. Dunbar’s illustrations have this quality, this vitality, that makes them jump out of the page one minute and show the most amazing vulnerability the next. The palette of colours helps set an often dreamy and slightly retro feel to the story. 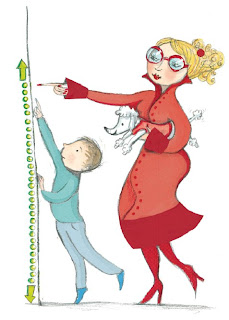 Behind the eccentricity, the funny turns, the weird characters, there is real meaning, a real message to this story. Paul says “Sausages are better than war” – sounds silly yes, but if pause a minute and as this statement sinks in, you realise just how true it rings, within the story. Molly’s brother Benjamin goes round with an artichoke sack on his head – sounds silly, but it hides a darker side of his persona. I was quite interested in this bit actually, as the subject of depression is recurrent in both this book and My Dad’s a Birdman. Both the dad and Benjamin suffer from it and are prone to rather unusual behaviour as a result. I wonder why the author has focused on this in both books.
But certainly the book emphasises the need to be accepting of random behaviour and not be judgemental, and even encourages the reader to embrace it.


This is a beautifully crafted book which will appeal way beyond the targeted audience of 7+. In fact, I suspect many adults will be enchanted by this deliciously silly and yet very modern tale.