Two picture books about Paris have really caught my eye this year. They are very different in their storyline, though the theme of journey is at the core of both, and both are esthetically wonderful. 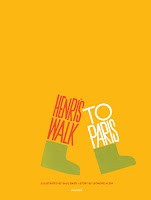 Henri lives in a small town, with all its tweeness, but dreams of bigger things. He dreams of going to Paris. One day he suddenly decides to head for the city, and just starts walking. But after a little bird inadvertently interferes with his plan while Henri is having a nap break, things don’t go quite as they were supposed to.  But Henri learns that actually, maybe, there is no place like home after all.

Originally published in 1962, Henri’s Walk to Paris is visually stunning, thanks to its bold colours,  sharp lines and typography as an integrated part of the illustrations. 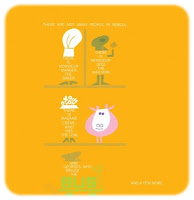 Interestingly, you never actually get to see Henri’ in the illustrations, apart from his legs and hands. This is highly unusual for a picture book not to show its protagonist, but you get a feel of who he is nonetheless. The other interesting point is that you only get to see Paris as Henri imagines it. So if you are looking for a book that will show famous sights, this one is not for you. Here, Paris is only used as the metaphor for “anywhere else but here”. Henri is desperate to escape the banality of his little town and sees Paris as antipodal to that. Eventually however, when he arrives in what he assumes to be Paris, the features he notices and appreciates there only remind him that those are the things he loves about his own town.
Henri’s Walk to London will undoubtedly delighted grown-up fans of graphics, vintage style and indeed of world famous graphics designer Saul Bass. But it does have a place a children’s book also, with a lovely message about appreciating one’s home at its core. Bass’ incredible use of text as part of his illustrations will have young readers spellbound. 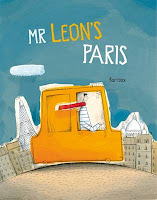 Everybody knows Mr Leon. He has been driving his taxi around Paris for a long, long time and knows every nook and cranny of the city. From Morocco Street to Peking Passage, from Hell’s Passage to Bad Boys Road, join Mr Leon’s eclectic batch of passengers, for a wonderful journey around the city of lights.

Mr Leon’s Paris takes us on a wonderful journey around the more quirky named roads in Paris, while showing many of the gorgeous sights that the city has to offer, which will be fun for young readers to spot. I loved how each passenger is somehow linked to its destination: a mummy wants  to go to Pyramid Street and passes the Pyramide du Louvre on its way, Jeannette the hairdresser wants to go to Scissor Row!
Mr Leon’s Paris is an ode to what makes the city great, from its sights to its people. I particularly liked how it brings to life the French’s cultural heritage, bringing elements from its colonial past (North Africa) and overseas territories (Tahiti). This is not that usual in French picture books. 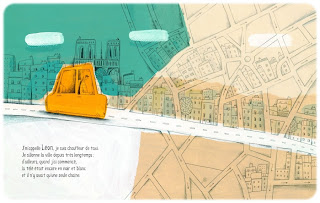 The artwork is beautiful, using a retro palette of colours but with a slightly faded effect, and is so full of detail that it will have little readers engrossed. Look out particularly for the map of Paris at the end, which was drawn by Barroux for this edition.
This is a wonderfully stylish book which will work as a great introduction to the city for the little globetrotters. I would definitely recommend Mr Leon’s Paris if you intend to bring your family to Paris, or simply if you are dreaming to do so!