Today I am delighted to welcome Michael Malaghan to Library Mice. Michael came to my school to do some writing workshops back in January, which our students really enjoyed.
In this guest post, Michael talk about the inspiration behind his books. 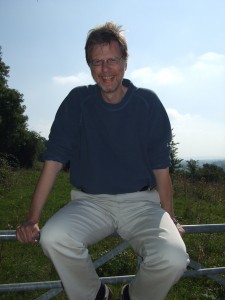 The Callie and Nick Latham series: Greek Ransom (Andersen Press), The Lost Prophecies (Andersen Press), and French Tapestry (Kindle), came about because I wanted to write the sort of novel I would have lapped up when I was around 12 or 13. It was important to me too to have the children it was about triumph through their own courage, resourcefulness and determination. When I received a fan letter from a 12 year-old girl, telling me that Callie reminded her of herself, I felt really thrilled. If an author gets it right, you should be able to identify with the characters in their stories: feel and understand those characters’ emotions, and imagine yourself making the same decisions (often brave decisions).

I wanted my series also to feature strong historical elements (which are in themselves integral to the plot); to be set in exotic locations (a different, exciting setting each time); and to have a fast-paced adventure with an intricate mystery to keep the reader hooked. I get huge satisfaction too in mixing mythology and legend into my plots, and then making my readers consider whether the legends might actually have a basis in fact. One reader from Australia put it: ‘I really like Mythology, but I like your books best because there’s lots of science to explain the magic.’

Prior to writing Greek Ransom I was writing Children’s Televsion programmes for ten years (including episodes of The Tweenies, Chucklevision, G-Force, Megamaths and Dog & Duck). Those years gave me a great grounding in writing dialogue and also in ‘thinking visually’ (imagining exactly what’s going to be seen). It means that my books are very visual in nature, but don’t have the restrictions a television series might have. For instance there are lots of great chases in all three novels (horses, boats, chariots, helicopters, scooters and even a battle tank!). Those elements would be soooo expensive for a TV programme.

The first of the series is Greek Ransom (though the three books can be read in any order) was set on the fictional Greek island of Thelta, but I did most of the research on Kefalonia (famed as the island in Captain Corelli’s Mandolin, a novel by Louis De Bernieres, set in the Second World War).

They don’t seem to get over-excited about their own history on Kefalonia.  During research, I went to a 15th century mountain-top castle and some Mycenaean tombs – and  both were free entry. The Mycenaean place I had all to myself… The tombs date from the time of Homer’s Troy, and Kefalonia is the leading candidate for King Odysseus’ home island. Odysseus of course is the famous Greek warrior who built the wooden horse, inside which he secreted himself and others to gain entrance to the Trojan citadel during the Trojan war.  It’s a leap of faith I guess, but maybe Odysseus himself is buried in one of the tombs I visited…The tombs, and there are probably hundreds dug right into the side of a gentle slope, (some now quite open to the elements, others down short passageways), were the basis of one of my favourite scenes in Greek Ransom.

Also on Kefalonia, I went out for a walk one evening and found that complete darkness descends as if by the flick of a switch. As I was miles from anywhere, and in the countryside this was worrying to say the least. Things appear more alien than they would if you were at home. You suddenly remember that three foot long snake you saw slithering across the road earlier. Then I spotted an unexplained human silhouette making its way furtively through the scrub and my heartbeat picked up. Should I ask for help? Or head in the opposite direction? I chose the opposite direction and eventually managed to find my way back to the villa I was staying at – but now with the opening sequence of my novel. 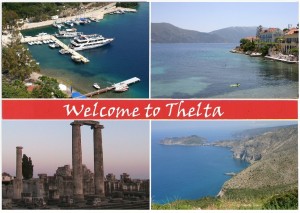 With The Lost Prophecies I spent many hours studying hieroglyphs in various museums, fascinated by the sheer complexity, scope and number of individual symbols. It struck me that this system of ‘picture writing’ was perfect for encoding secret information. If you made up your own symbols which only you and your reader could understand, (like the view from your bedroom for instance, items from your school, your way of drawing a cat) it would be very secretive indeed. I gave this wonderful gift to Callie and Nick and had an ancient Egyptian, who had been able to see far into the future, write messages to them all over Egypt. What complicates matters is that the ancient Egyptian happens to be writing earth shattering predictions, and an evil sect is trying to get their hands on them at the same time as Callie and Nick. Callie and Nick face some of their greatest trials in The Lost Prophecies, like a plague of flies, a terrible sandstorm, and a crocodile-headed man! My favourite historical scene is when my ancient Egyptian character has to fight off a gigantic crocodile! 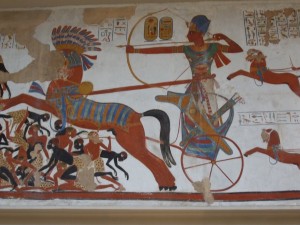 In French Tapestry I was intrigued by a historical fact: the final section of the Bayeux Tapestry has been missing for over 900 years – which explains why the existing narrative stops so abruptly (almost as if the final scenes have been torn from the rest). I would love to know what that final section reveals and why it was removed from the rest. This was the basis for the novel: Callie and Nick being thrust into this intriguing mystery when the missing tapestry falls into their hands during a visit to the Bayeux Tapestry museum. In research terms I learned how to ride a horse, and how to fly a light aircraft for this one. If you read the novel you’ll see where those experiences came in. Look out also for the way the modern Norman’s employ ancient weapons against Callie and Nick. My favourite historical scene features Napoleon Bonaparte! 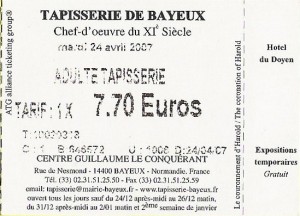 Greek Ransom and  The Lost Prophecies are published by Andersen Press and are out now. 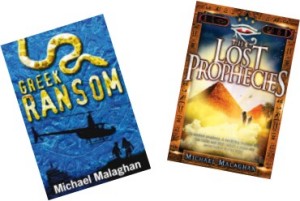