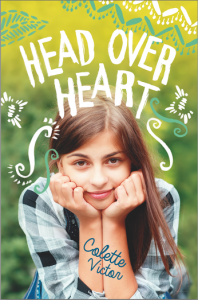 Thirteen-year-old Zeyneb is an ordinary girl juggling friends, boys and family. But, as a good Muslim girl attracted to a non-Muslim boy, she has more difficult choices. Can she be true to both cultures? And now she’s a woman in the eyes of her religion, what does it say if she wears the headscarf that’s a part of who she is?

Head over Heart is a brand-new novel from début author Colette Victor which touches on a few of the challenges that young girls in today’s multicultural Britain, while touching on timeless themes of friendship, families, blossoming relationships and the hurdles faced when becoming a teenager.

Head over Heart‘s author, Colette Victor, moved from South Africa to Belgium with her husband and children in 2001. She works as a community worker during the day and spends any spare time she can possibly find writing. Head Over Heart is her début as a children’s author. 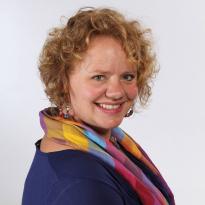 We live in a world that is intolerant of others. A world where we only focus on differences and forget that, actually, we have so much more in common than we have facets that differentiate us.

We are mums trying our hardest to get the best we can manage for our children – be it food on the supper table tonight or a place in a top school – whether we live in Maasmechelen, Belgium, in London, in Addis Ababa or in Soweto.

We are fathers breaking our backs, literally or figuratively, to provide for our families. Teenagers trying to figure out who we are while, at the same time, struggling with the adult world that seems set to stand in our way.

Fundamentally, everyone knows we share a common humanity. It’s part of our make-up and yet, 3 recent occurrences frightened me, made me wonder if we might be losing our way:

Seven residents who live close by have taken the organisers to court to demand the festival be cancelled because the noise is intolerable. Again, the same question: why does the grievance of seven bitter residents trump the right of thousands of young people to get together and enjoy themselves?

Striving for an ideal

Have we lost sight of the fact that that man over there crossing the street, the one with the – (fill in the blank: black skin, Islam faith, lack of job, effeminate mannerisms… the list goes on) – is just another mother’s son? And his mum, just like yours and mine, can relate in the tiniest detail when he took his first steps.

And that young girl over there wearing the headscarf – could she be more than either an extremist or oppressed? Is it so hard to believe that she wants glittery blue nail polish too? That she’s worried about her mum’s reaction when she gets home and shows her her Maths test, that she feels a flutter in her stomach when a particular boy at school walks past her, that just like Zeyneb in Head over heart, she’s just trying her best to make some headway in this messy world along with all the rest of us.

Have we become a society that cannot believe this anymore? Has being intolerant of this man, this girl, Zeyneb, become a higher ideal than tolerance.

Thank you so much Colette for a thought-provoking post!

Head over Heart is out now and can purchased here.