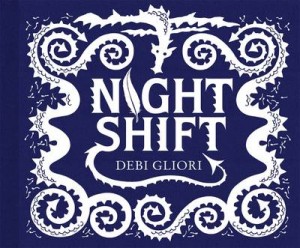 Some feelings and emotions can be so overwhelming, words can often fail us; and though it might sound corny, sometimes a picture is indeed worth a thousand words. This is never truer than when trying to tackle a subject such as a depression, an illness that, for a start, so many people dismiss, but also one that is really challenging to express or describe. Drawing from her own experience, Debi Gliori has created a small format picturebook which is manages. beautifully, to make “visible the invisible” as author Matt Haig so potently puts it.

With a simple text, Gliori describes how depression gradually engulfed her and affected every part of her every-day life. The artwork is monochrome mostly, with plenty of negative space.

The text is found in different places with each spread, reflecting the turnmoil described in the story.

What I found particularly fascinating about the book is the use of dragons to personify depression; according to Gliori, dragons are a myth, as is depression to some people (source), but at the end of the books she explains also that she chose them because of their “legendary ability to turn fertile realm into a blackened, smoking ruin”. The metaphor is particularly effective; the increasingly barren lord of the rings-esque landscapes, the dragon getting increasingly larger, literally sucking life out of her…. it could not be another creature, really. 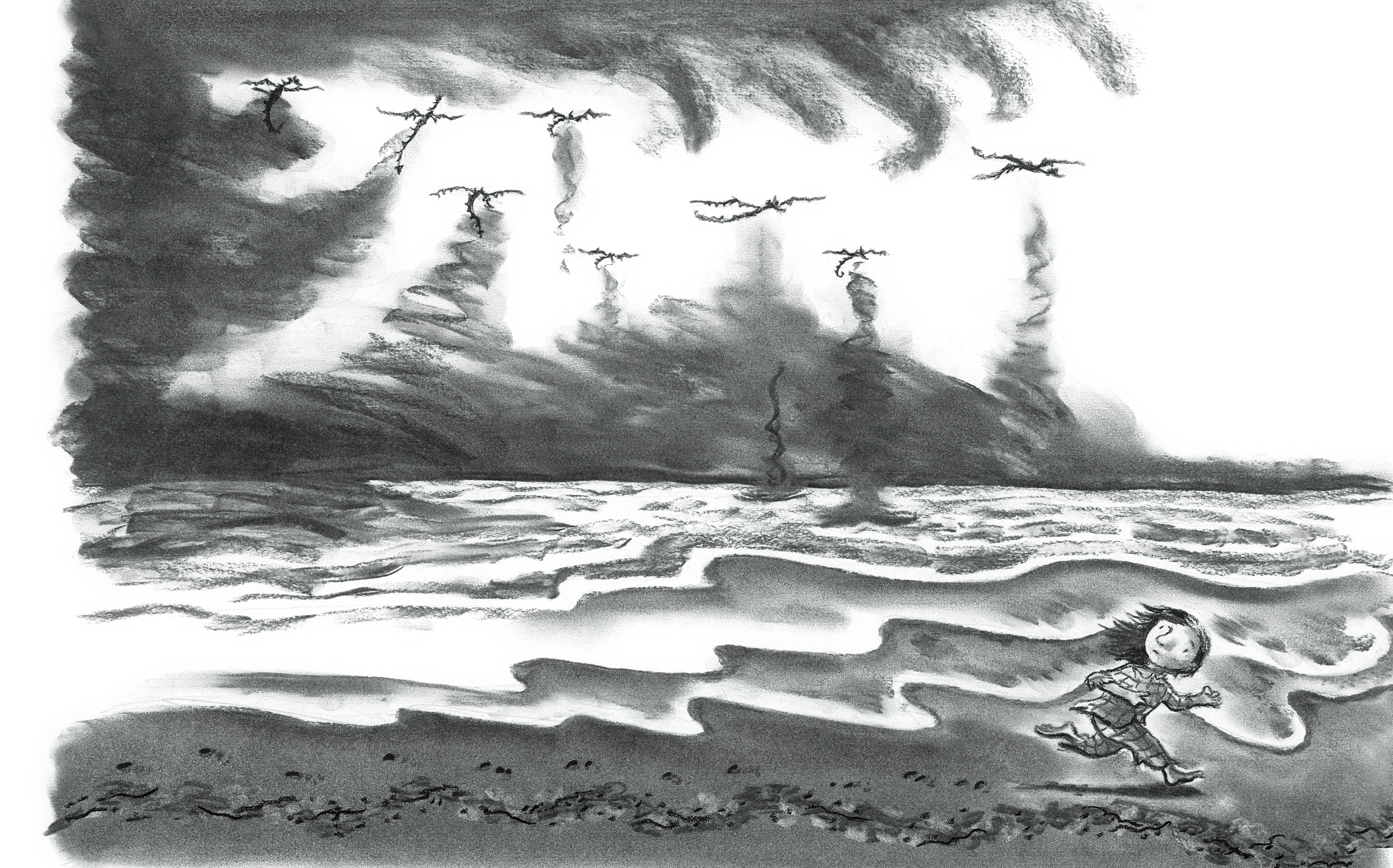 Anyone who is familiar Debi’s work however will know that lusciously coloured, kind dragons , have also adorned some of her work (as in Dragon Loves Penguin, below and reviewed here). This makes some of the images all the more powerful, almost haunting; the dragon is a creature who brings much pleasure to her readers yet is the one that tortures her also.

Though the subject is dark, there is definitely hope at the end of the book; Debi finds a feather on the beach while scrambling away from dragons. The reader then witnesses the dragons transforming into birds. The feather represents the shift, the hope that there is something better beyond the dunes.
Heart-wrenchingly honest, Night Shift is a book for all audiences; a book to find solace in, a book to explain how a loved one might be feeling, a book for all of us to find more empathy towards those who carry their own dragons. 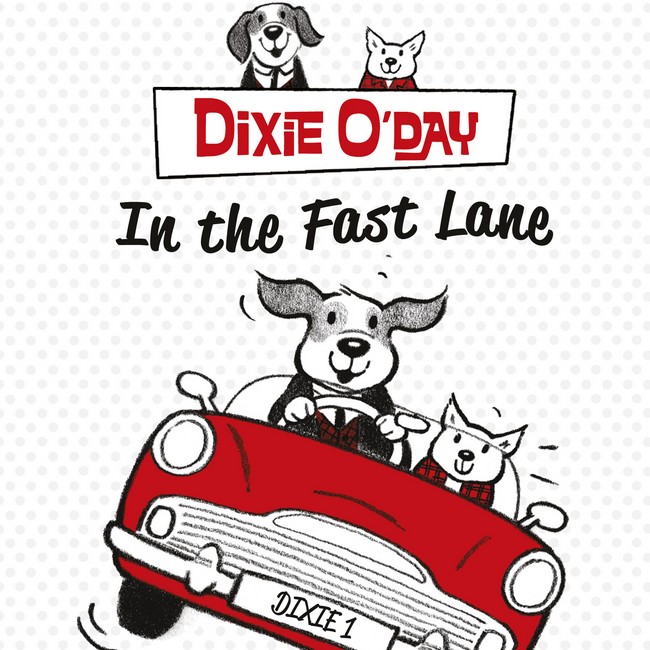