I am sure I don’t need to describe the wave of excitement rippling through the Library Mice household at  the prospect of a brand new  comic mag. And it is FREE to read. Yes, I am not going bonkers, you have read this right. Free to read online, free to download! 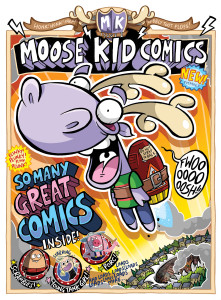 Moose Kid Comics is available from www.moosekidcomics.com and features  nearly 40 of the best comic creators working today, from well-established heroes to newer talents from the indie and web scenes. Each creator is contributing their own entirely original characters exclusively for the comic.

The title is the brainchild of top comic creator Jamie Smart, best known for his work on mainstream comics such as The Beano, Dandy and The Phoenix, as well as dad of much-loved Chaffy,  and whose aim is to bring some life back into British comics . Him and his team aim  “to restore some vitality to the genre made famous by weekly British comics like The Beano, Whizzer and Chips and Oink!, whilst combining it all with the modern sensibilities of Adventure Time and Moshi Monsters.” – a tall order, but a quick browse through the first issue and you will definitely get a flavour of that. It is fresh, original, child-friendly and mixes a great variety of styles, which I always find such a bonus and is what I think has made The Phoenix so successful also.

Here is what Jamie says about Moose Kids Comics:

“We created Moose Kid Comics for several reasons. Firstly, to entertain comic readers and win new audiences. Secondly, to show how fantastic a children’s comic can be when artists come together and create the content themselves. Finally, we also wanted to continue the discussion about how we make children’s comics great again.”

While this special free edition of Moose Kid Comics is a single issue for now, a one-off, whatever happens, the enthusiastic creative team are keen to find a way to make future issues, and keep this conversation going.

Here is a sneak peek: 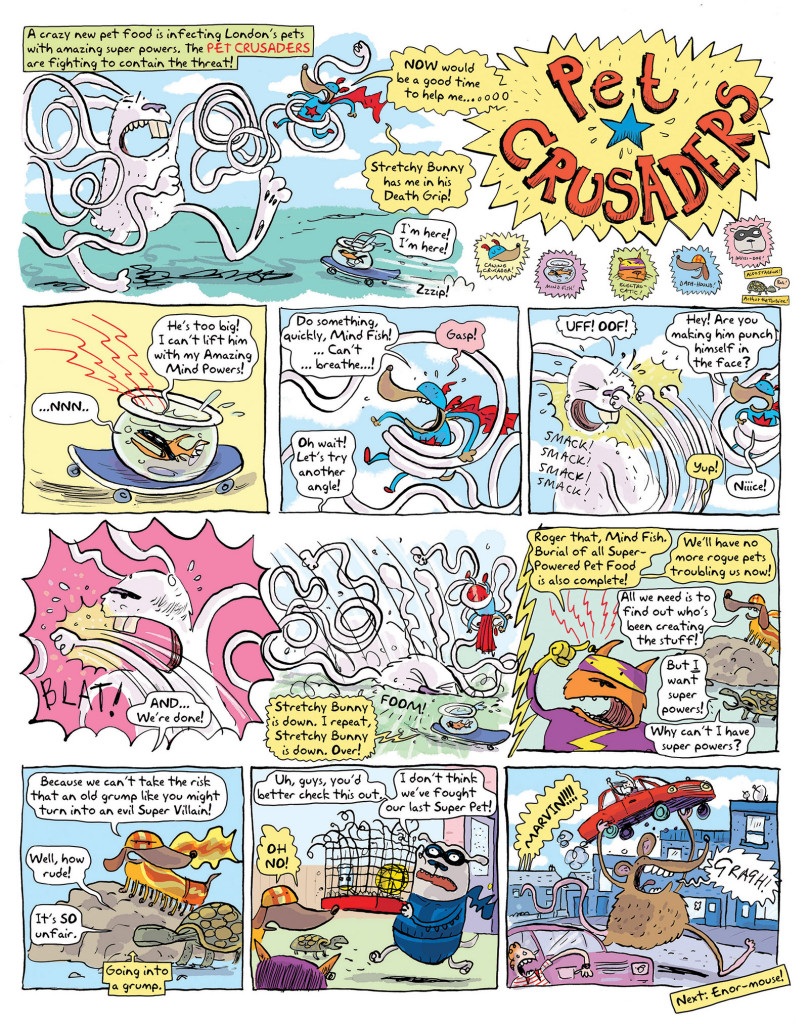 So go, go, go. Download it, read it, SHARE IT! Now is your time to convince all these comic-snobs. They won’t have to spend a penny for this one so maybe, just maybe, this alone will encourage them to give it a try. And don’t forget those children whose parents won’t (or can’t) pay for comics. I can’t keep up with demand at my school, so this is perfect for all those keen comic readers too. There are no losers here. ENJOY!