GUEST POST: Adam Perrott talks about why nothing is too good for kids

I love comedy. Especially kids’ comedy. I’m trying to break into kids comedy in a big way. Books/TV/movies/web shows – I want to write and perform brilliant things that make children laugh. I’m not doing it so I can break into grown-up or real comedy, this is my passion and children deserve the best we can give them. I genuinely think that children should have fun while they are children. Hardly profound, is it? But I remember worrying as a child. I had a insufferably calm, trouble-free childhood, as close to perfect/uneventful as you could get.

But still I worried.


School, friends, crossing the road, spiders climbing in my bed at night, other kids (also climbing into my bed at night – freaks!), clothes, my hair, my face, that little bit of butter in the tub that you can never quite get at with a butter knife, but if you use a sharp knife you run the risk of slicing a very thin, curly bit of plastic in with the butter. You name it, it worried me. My main worry was that I was letting my childhood slip by and not enjoying it because of all the worrying I was doing and that made me worry even more! So I would escape into fantasy lands, both on the page and the screen. Lose myself in places where my silly, petty, not-very-worrying-in-the-long-run worries didn’t exist. I think that’s why I do what I do now. 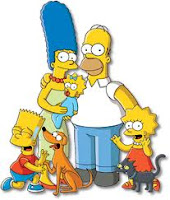 I’ve always loved kid’s entertainment. Books and TV. I knew I wanted to write for children and generally mess around from the minute I realised that grown-up humans needed to do jobs. It came from constant reading and watching and laughing at CBBC and CITV with my Dad as a child. There was no Disney Channel or Nickelodeon then, certainly not in our house, and when my friends at school started talking about this thing called Sky, I listened in awe as they spoke of watching WWF (as it was then) and this new weird cartoon about a family that were yellow. But we made do with a meagre four channels, but TWO dedicated to children’s content on channels 1 and 3.

I am loosely in development with CBBC. I’ve had a few meetings at MediaCityUK, the new Manchester home of the BBC kids’ department, met some producers, been invited here and there, chatted this and that and handed in as many things as they’d let me throw at them. As such, as well as the obvious book talk, there’s also a lot of kids’ TV talk in our house of late and I find the same sentence popping up again and again. From friends/family, even online from admired comedians and writers.

If you are involved with children’s work/entertainment in any way, then you will no doubt have come across this many times. You may even have been guilty of saying it yourself. 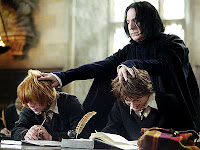 What do people mean when they say this? Children are smaller/less intelligent so they shouldn’t get the best of us? In what other situations is this motto acceptable? Kids shouldn’t go to school, school’s too good for kids. Rubbish! School’s awful, so we make laws that mean children HAVE to go there five days out of seven, six/seven hours out of twenty-four. Then they have to bring school home with them and do school again in their bedrooms – the ONE room in the house they have ownership of – for another couple of hours. Then at the end of each year we give them an hour and a half to remember a year’s worth of work in each of their subjects and if they can’t remember it all their whole future is thrown away in the blink of an eye or the swish of a red pen. Obviously it’s not, but they think it is. I was even told that on numerous occasions. What a merry hell for our dear beloved offspring!
But that Harry Potter? It’s too good for kids.
Nothing is too good for kids.

You seen that Horrible Histories? It’s too good for kids. They can’t have that. It’s brilliant and they’re only kids, they’ve not earned this level of brilliance! What have they done to deserve anything good for themselves to enjoy?
Nothing is too good for kids.

But what do we go and do? The minute anything shows the merest hint of popularity, it’s wheeled out again for ‘adults’. Harry Potter with its black (the most adult of colours, apparently) covers so that adults won’t have to admit in public that they enjoy brilliant and fun books. Heaven forbid! Horrible Histories given a prime slot on BBC1 because, Lord have mercy, adults won’t watch a children’s show on a children’s channel. They’re not MAD! Woe betide that children should enjoy something behind our backs. The little ingrates! 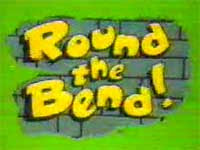 This is part of a conversation I had with my father a few days ago regarding CITV programme Round the Bend. Round the Bend was a firm favourite in our house and was a mixture of puppetry and animation as a crocodile named Doc Croc and his cronies attempted to broadcast a TV show from a sewer. It was great. Dad and I both loved it and I can remember him laughing harder than me almost every week. Here is us reminiscing about it around twenty years later. This happened word for word.

DAD: Do you remember watching Round the Bend?

ME: Yeah. I loved that show.

DAD: It was too good for kids, that.

ME (biting tongue): No, Dad, nothing is too good for kids.

DAD: Yeah, but, some of those jokes kids wouldn’t even get!

ME: In which case, it was a very bad children’s show, wasn’t it?

A children’s show with jokes kids don’t get? What a terrible children’s show that would be. Imagine a similar conversation but about, say… cars.
DAD: You remember that blue Nissan Micra we used to have.

ME: Yeah, that was a great car.

DAD: Some of those cars were inaccessible to certain people and couldn’t be driven at all by others.

ME: That makes it a rubbish car, Dad.

And again, all together now after three…

Nothing.
Not a thing.
Not one little thing. No. Thing.

So go and read my book. It’s good. Really good. Too good for grown-ups.