French Friday is back with a very entertaining guest post from Clémentine Beauvais, author of the Royal Babysitters series, the first tome of which was published earlier this month by Bloomsbury Children’s Books.

Clémentine as you might have guessed by now, is French. She was born in Paris, but moved to England in her late teens. As well as studying children’s literature in Cambridge, Clem is the author  of several books on both sides of the Channel, and she writes in both languages. As well as the Royal Babysitters series, she has also written in English  the Sesame Seade Mysteries. In French she is the author of several teenage books and picturebooks.

The Royal Babysitters , heavily illustrated by the very talented Becka Moor, tells the wacky adventures of  Anna and Holly who, bored and jaded by their uneventful holiday, decide to take on the jobs of royal babysitter so they can afford  the holiday of a lifetime. But things don’t go quite to plan when their charge not only ends up quite challenging but the King of Daneland also decides this would be a marvelous day to invade Britland. Again.
Full of witty references, slapstick humour and madcap situations, The royal Babysitters is a fun and quick-paced story for younger readers. Lots of illustrations, often intertwined in the text break the text into manageable chunks and there are laughs and silliness a gogo to keep readers entertained.  Positive messages of the importance of friendship and team-work are well addressed thanks to Pepino, whose spoilt attitude is transformed into, at first reluctant, friendliness. The girls’ willingness to work in order to afford what they want won’t hopefully be missed by young readers either. 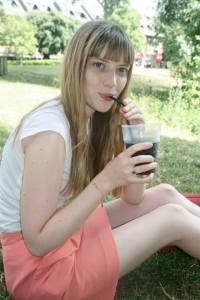 Fantastique! A quasi-Francian territory in the English-speaking blogosphere! As you may or may not know, the amicable person who was selected by the Queen and King of Britland to write down our adventures happens to be perfectly Francian, though she’s been living incognito in our country for many years and trying to get rid of her rrridiculoos accent. Her name is Clémentine Beauvais and it’s pronounced clementeeeeeeen bovay in case you’re wondering.

Since this is a semi-Francian blog, let’s have a summary of The Royal Babysitters in Frenglish! 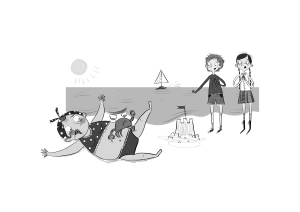 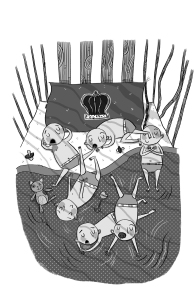 – Oh là là ! screams le people of Britland. We are going to be transformés en meatballs!

Thank you so much , Clémentine!

The Royal Babysitters is out now! 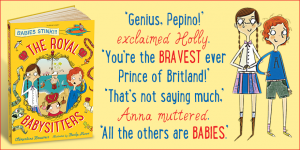 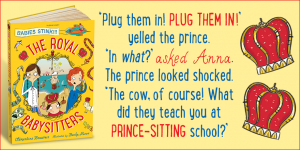