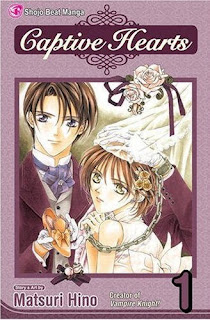 Megumi Kuroishi has been living the life of Riley in a beautiful mansion for two years. His father is a butler, and fourteen years ago, his master and his family disappeared while on a trip to China. After twelve years of research, they were declared dead and Megumi’s dad found himself to be the sole beneficiary of the estate. Megumi is quite happy with this situation but his dad has never really given up the hope that some of the family might still be alive. This is why he is ecstatic when the young daughter of his master is found to have survived and has been brought up in China. Megumi finds it very hard to share his dad’s enthusiasm as he is about to lose all the lovely things he has become accustomed to. What he does not know yet is that it is in fact much worse than that. As the young Suzuka walks into his life for the first time, he can’t help but throws himself at her feet ad prostrates himself like a servant. His father had failed to mention that the two families are bound family by an ancient curse: any member of the Kuroishi family is cursed to follow the orders of the Kogami family.

This does not go down well with either Megumi or Suzuka. Megumi despises the fact that he is not in control of himself when Suzuka is around and Suzuka does not particularly like having a slave following her everywhere. This creates quite a few situations.

I’ll admit it: I only chose this because it is written by Matsuri Hino who also wrote the Vampite Knight series. It’s certainly very different from Vampire Knight, but I have really enjoyed this volume. It is quite funny, despite being a bit wacky sometimes (but then it’s manga, one should expect wacky!). I like the way the relationship between Megumi Kuroishi and Suzuka is developing: that in spite of the curse, in spite of being “forced” to like each other, true feeling can actually develop. No doubt the following volumes will play on that as well as trying to find a cure to the curse. The next one is out in May.