The third installment if feisty heroine Oksa Pollock’s exciting adventures has just been released in paperback and today I am delighted to welcome the French authors  of this Harry Potter-esque, Anne Plichota and Cendrine Wolf, to Library Mice to talk bout their favourite children’s books. 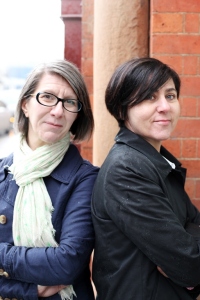 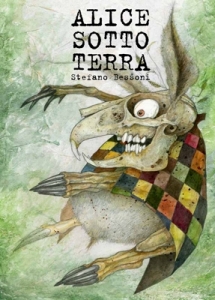 A timeless heroine, Alice is quick-witted, determined and resourceful. In her extraordinary adventures she meets a series of unforgettable characters, from the bossy White Rabbit to the grinning Cheshire-Cat and the Mad Hatter, all of whom are as famous as Alice herself.

Anne: This great classic was my first encounter with fantasy literature. I loved the idea of going through a looking glass, and it has always stayed with me since. Over the years, I came to appreciate more of the story than its magical aspects. Going beyond appearances, discovering what is hiding beneath the mask that life forces us to wear at times…  I find the possibility of other worlds where things take on new dimensions such a fascinating prospect !Among the numerous illustrated editions available, my favourite one is by Italian illustrator Stefano Bessoni. 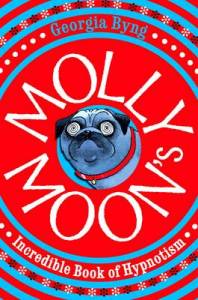 Meet Molly Moon, an orphan living at Hardwick House with a bunch of other waifs and strays under the watchful eye of the harsh and hairy-faced Miss Anderson. Life at the orphanage is dismal (you know the routine), so Molly spends most of her time living through colourful daydreams. When she discovers a mysterious book on hypnotism in the local library she quickly learns that putting people into a trance can open doors to the most amazing adventures. First of all she hypnotises the entire audience at the local talent contest, bagging herself the prize money. With her winnings, she heads off to New York where her new-found skill enables her to become a Broadway superstar, with the world at her feet. But lurking in the background is sinister stranger with dastardly plans of his own…

Anne : The series enchanted me with its sense of humour and abundance of imagination. I had a lot of fun reading it, and for me the entertaining aspect of reading is an important part of the experience. Molly is unique and all the characters are somewhat odd. The plot is riotous and the dog called Petula (a Pug, just like Cendrine’s dog which is called Georgette !) is larger than life ! The story really is a bit insane and bubbling with ideas. It’s fantastic! 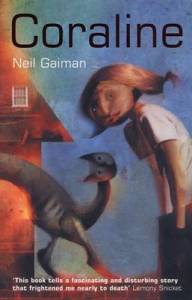 There is something strange about Coraline’s new home. It’s not the mist, or the cat that always seems to be watching her, nor the signs of danger that Miss Spink and Miss Forcible, her new neighbours, read in the tea leaves. It’s the other house – the one behind the old door in the drawing room. Another mother and father with black-button eyes and papery skin are waiting for Coraline to join them there. And they want her to stay with them. For ever. She knows that if she ventures through that door, she may never come back.

Cendrine & Anne : Coraline is a scary and mesmerizing tale. The story is told through an external narrator who follows the wanderings of Coraline through the rooms of the house, her strange encounters with the neighbours, her conversations with someone she calls ‘the other mother’. The book toys with the thin frontier between illusion and reality, immersing the reader in a disturbing dreamlike world. Inspired by the adventures of Alice in Wonderland, Coraline is in the end quite a simple story about a girl who learns to overcome her own fears. It’s dark and distressing, but also very gripping! 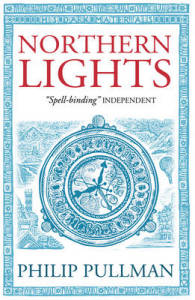 Northern Lights introduces Lyra, an orphan, who lives in a parallel universe in which science, theology and magic are entwined. Lyra’s search for a kidnapped friend uncovers a sinister plot involving stolen children and turns into a quest to understand a mysterious phenomenon called Dust. In The Subtle Knife she is joined on her journey by Will, a boy who possesses a knife that can cut windows between worlds. As Lyra learns the truth about her parents and her prophesied destiny, the two young people are caught up in a war against celestial powers that ranges across many worlds and leads to a thrilling conclusion in The Amber Spyglass.

Cendrine: I love the central idea of Philip Pullman’s universe—in the heroine Lyra’s  world every child is born with a shapeshifting animal companion, which changes according to their mood, and eventually settles on one animal form as they reach maturity and discover their true identity. It’s a wonderful notion that forms the basis for an amazing, unforgettable adventure, moving between worlds and showcasing the incredible writing talent of Philip Pullman. Written for children, it can be enjoyed by everyone, and is a must-read for anyone interested in the fantasy genre! 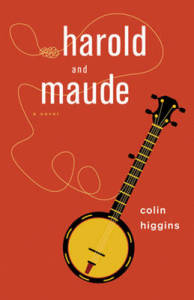 Harold drifts away from the life that his detached mother prescribed for him for him, as he develops a relationship with septuagenarian Maude.

Cendrine: From a young age I’ve been fascinated by twisted, dark novels, and that hasn’t changed with time! The main character of this black comic book, which is based on a film. is a young man, Harold, who is obsessed with death—he drives around in a hearse and stages elaborate faked suicides. His life changes when he meets Maude (fifty years older than him!) who teaches him to live life to the full. It’s an extremely strange, funny and touching love story! 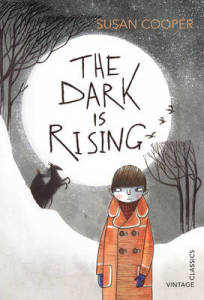 The Dark is Rising
Susan Cooper

On the Midwinter Day that is his eleventh birthday, Will Stanton discovers a special gift — at once, he is plunged into a quest for the six magical Signs that will one day aid the Old Ones in the final battle between the Dark and the Light. And for the twelve days of Christmas, while the Dark is rising, life for Will is full of wonder, terror, and delight.

Cendrine: The first volume in a fantasy series that came out in the US in the Seventies—Will is about to celebrate his 11th birthday when he discovers that he is not like other children. A series of strange events let him know that things aren’t right, and eventually he discovers he’s on of the “Old Ones” with a responsibility to join a cosmic battle against the forces of the Dark. This is an absolutely fantastic, inspirational story, drawing heavily on English folklore.

Thank you so much Anne and Cendrine!

And as it is French Friday after all, you might be interested in this article How I Translated Oksa Pollock, by Sue Rose.