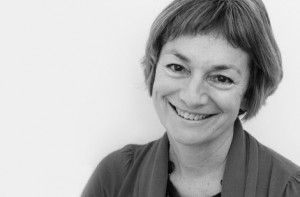 I am delighted to welcome Chris Higgins to Library Mice today . I am a big fan of her Secrets Club series (see my review here), which I discovered when I was part of the 2012 Bookbuzz committee (Alice in the Spotlight was deservedly selected to be part of the shortlist).

Chris Higgins is a very successful author who has written extensively for teens, as well as for much younger audiences with the gorgeous My Funny Family series, which is a big favourite of my youngest mousling!

She has kindly agreed to write a guest post about The Secrets Club, so without further ado, here it is:

The Secrets Club
by Chris Higgins

I have always been fascinated by the faces we choose to present to the world and the stories lurking behind them. Even in these days of social networking when a single thought can reach millions of people at the touch of a button, we all make a choice about what we wish to reveal to other people and conversely, what we wish to conceal.

I LOVE secrets. They are the very stuff of drama. We all have them. All of us. A secret is something we choose to keep to ourselves. It could be something very serious or something just mildly embarrassing. But it’s our choice to keep it private and that’s the important thing.

Sometimes though, someone else makes this decision for us. That’s harder.

I always feel sorry for people burdened by family secrets. I know of whole families who have denied the truth about births, marriages and deaths. The generation before mine was amazing at keeping secrets. People were adopted, disappeared and started new lives, became bigamists, and the truth was never told.  I’m talking about my own extended family here and, believe me, we’re pretty conventional!

So when I was asked to write “The Secrets Club” I jumped at the chance. I loved the idea of four girls starting secondary school and making friends and promising to tell each other everything, as you do. Only each one of them has a secret. I deliberately set it in a girls’ school which recruited from a wide catchment area so the main characters wouldn’t have met before.

I set up the series so that each girl tells her own story and during that story her secret is revealed. The first book is about Alice, the second about Tash, the third about Dani and the fourth about Lissa.

They are four very different stories about four very different characters. Some of the secrets are more serious than others, Tash’s and Lissa’s in particular. Though, actually, it’s not Tash who wants to keep things concealed, it’s her mum. Most girls would love to have Alice’s problem and can’t understand why she keeps it secret.  Dani reveals hers pretty early on and then the drama lies in how she struggles to keep it hidden from everyone else.

It was great fun writing a series. I had to set it up very carefully from the start so that I hinted at the other girls’ secrets but didn’t reveal them. Everyone thinks they know what Lissa’s secret is but nobody has been right so far!

I remember so well what it was like to start secondary school. I had recently moved to the area and knew nobody. I sat in that first assembly and felt so isolated and at the same time so conspicuous because I wasn’t wearing the regulation green cardigan, just a shirt and tie and a skirt. That is a truly horrible feeling.

Then, amidst the sea of green I spotted another girl minus a cardigan. She turned out to be in my class so I made sure I sat next to her. We became best friends and still are to this day. All because we weren’t wearing cardigans.

So friendships are made. And “The Secrets Club” series is just as much about the supportive and redeeming power of friendship as it is about secrets.

Thank you so much, Chris. I cannot wait to hear Lissa’s story!