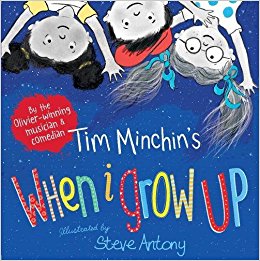 When I Grow Up (Scholastic)  is the product of  a rather exciting collaboration by international bestselling illustrator Steve Antony and  superstar writer comedian and performer Tim Michin. The story is inspired by the lyrics from the famous Matilda song, which was of course composed by Minchin (in case you need reminding of the song, you can listen to it here).
Depicting adulthood and growing up from a child’s perspective, there is something innocent, charming and reassuring about the text which is mirrored in Antony’s drawings. His characters look suitably mischievous without ever looking naughty, just loving being children. Greys and blues dominate the artwork with bursts of colours throughout, including the children’s clothing, which really helps convey that joy and innocence that children carry and that we seem to have lost as adults.  I am rather partial this the wonderful library spread, which is particularly potent as we celebrate Libraries Week this week! 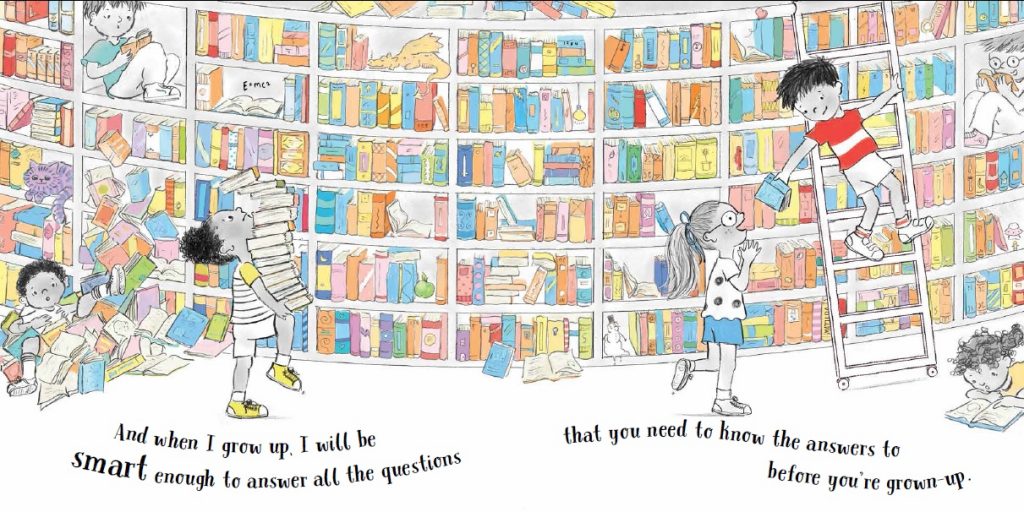 Of course the view of adulthood seen through a child’s eyes is somewhat warped but there is something quite comforting about the book: for children, that maybe being an adult won’t be so scary; for the adult, that maybe it isn’t too late to embrace our inner child.

I am really happy of be part of the  When I Grow Up blog tour and delighted to welcome Steve to present five fabulous ….

“Five fabulous books I grew up with”
by Steve Antony 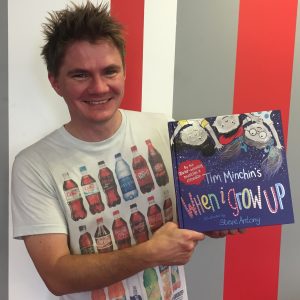 When I grew up I wanted to be an artist. I had decided this at a very early age. Of course, it wasn’t quite that simple. I became many things before becoming a picture book maker. I was a cleaner of toilets, a wrapper of Christmas presents, a maker of fudge, a seller of cigarettes, a stacker of shelves, and the list goes on and on. I even temped as a data entry clerk at WHSmith’s head office in Swindon. For almost ten years I worked in a Thames Water call centre. It wasn’t until I took voluntary redundancy that I was able to afford to study an MA in Children’s Book Illustration at Anglia Ruskin University in Cambridge.

Now, here I am. A picture book maker writing a guest blog for Library Mice as part of the When I Grow Up blog tour: A blog about my ‘five fabulous books’.

Five fabulous black and white books? That would be fun. Kitten’s First Moon by Kevin Henkes springs to mind.

Five books featuring pandas? I can already think of one.

My five favourite, fabulous books of all time? Impossible.

Well how about five fabulous books I grew up with? After all, this is the When I Grow Up blog tour. Without further ado, here they are. 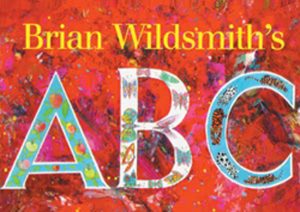 This one may come as a surprise, because it’s an alphabet book. But it’s not just any old alphabet book. This is proper fine art. What attracted me to this book as a child was its eye-catching, bold and bright paintings. It was inspiring. The paintings were full of life, energy and passion. As a student I discovered that it won the Kate Greenaway Medal way back in 1962. Wildsmith’s ABC was trailblazing. It was a radical approach to picture books like nothing anyone had ever seen before. It really elevated the art form. My picture book collection would be incomplete without it. Personally, I think every school should own ABC. Yes, it may be old (hey, it was really old when I discovered it back in the 80s) but Wildsmith’s colourful alphabet will forever remain a timeless and unique piece of picture book history. 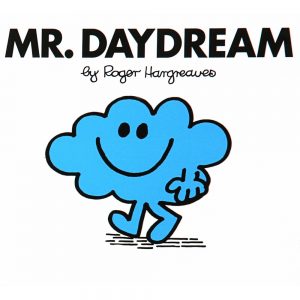 I can already hear you sighing. Just hold on for a minute and let me explain because this is really important. Hargreaves was my hero. I even wrote to him to suggest a new, environmentally aware character: Mr Green. His son, Adam, wrote back to me. I even remember writing a letter of complaint to the BBC because they took my favourite cartoon off air. I was 6. What can I say, I loved the Mr Men and Little Miss books. I was a super fan, and Mr Daydream was my favourite because I’m pretty sure he had superpowers. But are they picture books or just clever branding. Who cares? They got me reading, and that’s what matters, right? The Mr Men and Little Miss books really excited me as a child. I’m not quite sure what it was about them I loved so much. Maybe it was their collectability. They were pure fun, and I’ve read them all (from back in the 80s, that is). I still think they should add my Mr Green idea. 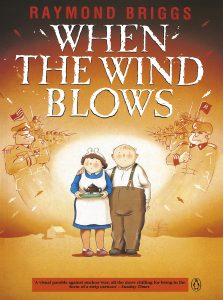 Where the Wind Blows
Raymond Briggs

This graphic novel terrified me. It played on my mind for days and weeks. It made me realise we live in a scary world where innocent pensioners die. I felt so sorry for the loveable, harmless and naive Jim and Hilda. How could anyone do this to them? I felt anger, sadness and compassion. I was, and still am, a massive fan of Briggs. I also owned Fungus the Bogeyman. I preferred Fungus at the time, but it was Briggs’ tale of nuclear disaster that left a lasting impression. It also made me realise that illustrated books can explore a wide range of themes, which is something I like and do. 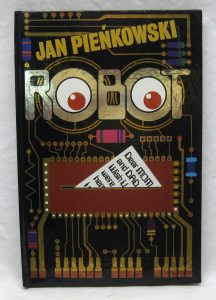 Only recently I visited my step-dad in the States and had a good rummage through boxes of old toys and books. There were full of all sorts of things including old annuals and picture books. Squeezed in-between a Cabbage Patch Kid story and a Beano annual was Robot by Jan Pienkowski. Robot was the pop-up follow-up to Haunted House, and it was a childhood fav. Surprisingly, it was in great condition. The same couldn’t be said for my older brother’s Tron pop-up book. I can actually recall going through a bit of a pop-up phase around the age of seven. There seemed to be lots on the market and most were really well made. Monster Island by Ron Van Der Meer springs to mind. They were obviously a fad, but it seems to me that pop-up books have never quite reached the bar set by Jan Pienkowski. It was Jan’s The Haunted House Pop-Up that won the Kate Greenaway Medal in 1979. The page where you can pull the Robots trousers down is probably still my favourite. 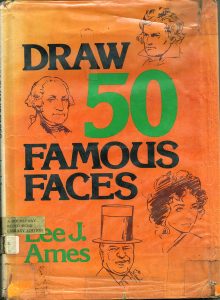 This isn’t really a picture book, but my list of childhood favs would be incomplete without it, because they helped me learn to draw. There were so many of them. I loved drawing the famous cartoons, like Dagwood, Blondie, Hagar the Horrible, Scooby Doo and Felix the Cat; and the famous faces of Charlie Chaplin, William Shakespeare, Muhammad Ali and Elizabeth Talyor. I borrowed them week in and week out. I really enjoyed drawing people in the minimalistic way that Ames did. With Ames’ guidance, I could encapsulate the character of an icon with a series of simple strokes. I’m pretty sure they are still in print, at least I hope they are.

***
Thank you so much for this great selection and really interesting blog post, Steve.
When I Grow Up is out now and can be purchased here.

Check out the rest of the tour: 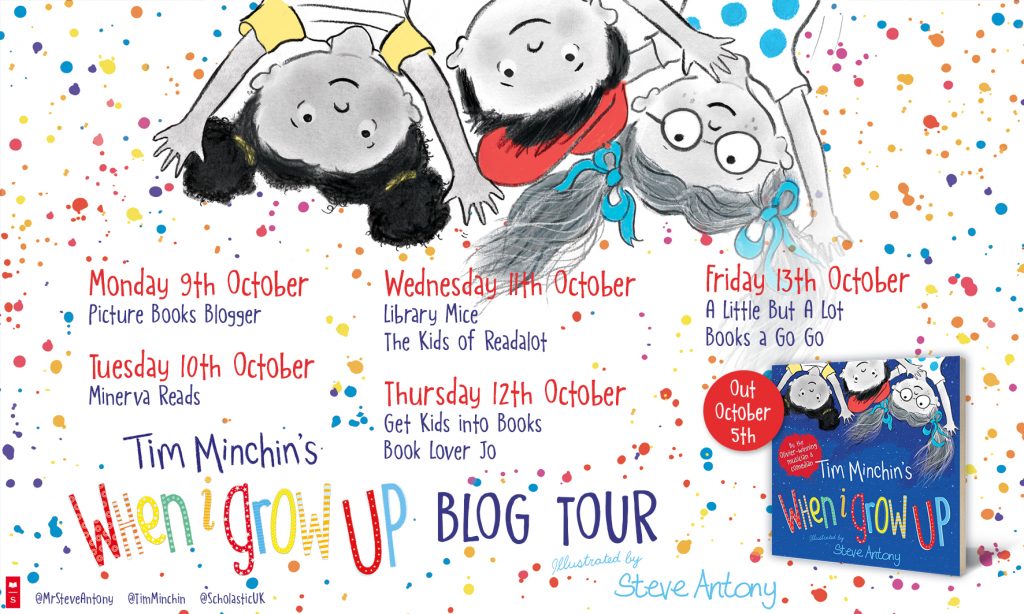