The new Tom Gates book, or how I found the perfect present for an eleven year-old boy 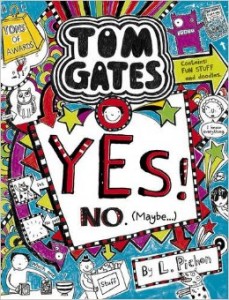 There are very few series which remain as popular once several tomes have been released. In fact I can only really think of a handful like so in my school library. One is Wimpy Kid, one is Liz Pichon’s Tom Gates (Scholastic). No matter how many copies of each book we buy, they are never on the shelves.
The new installment, Yes! No (Maybe …) is the eighth in the series (ninth if you count  the 2013 World Book Day special), and Tom is back with his signature style to tell us all about his rather chaotic  life, which includes plenty of doodling (especially in school when he supposed to do something else!), school projects (and a rather ominous Business Day),  music, annoying sisters, too much tidying up and even someone’s special birthday. Tom has a rather unusual outlook on life but his heart is in the right place and it is really easy to see why he has become such a favourite amongst readers. And though some adults and gatekeepers might be put off by the doodling format of the book, this is one of its great strengths and I do love how the series tirelessly promotes creativity, not only through drawing but also music, as Tom is a keen musician (you can even now purchase some Tom Gates music!).  Long may Tom Gates’ reign continue!

At the time I received information about the new Tom Gates book being released, I was about to buy a birthday present for a nearly eleven year-old boy who happens to be a Tom Gates fan. I asked Liz Pichon on Twitter what pens she suggested to buy if I wanted to buy some to go alongside the book, and that is when she mentioned the t-shirts, which gave me my present idea.
So here is my Tom Gates themed birthday present, ta-dah: 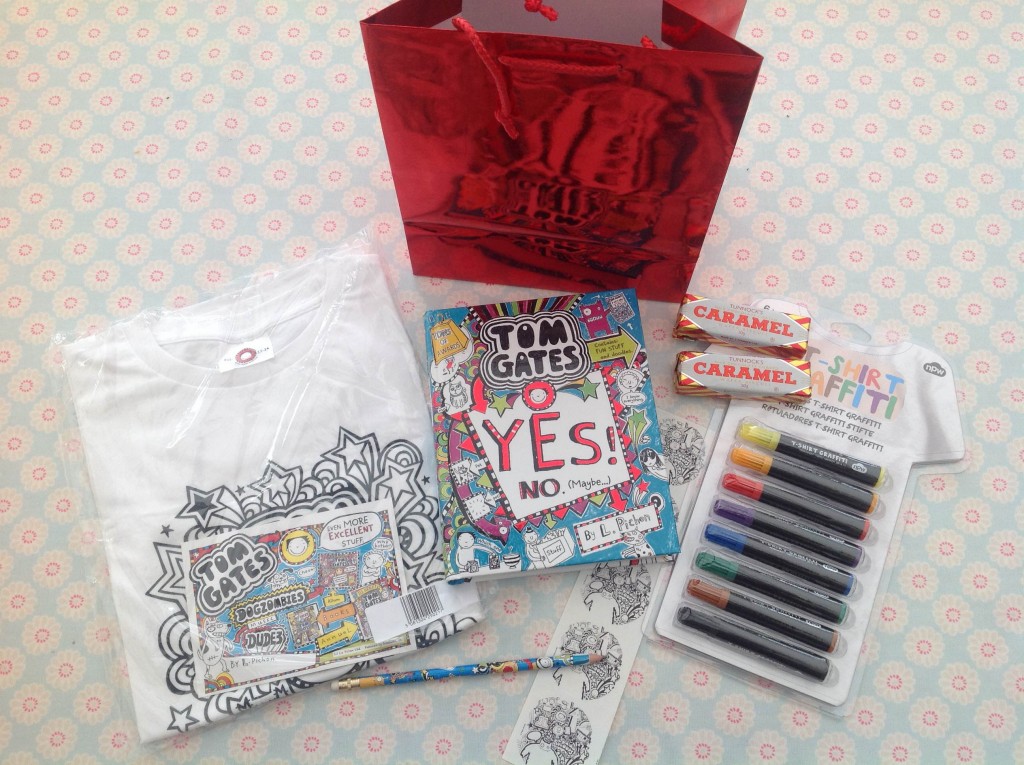 *The latest Tom Gates book, Yes! No (Maybe…)
*A Tom Gates t-shirt
*Some fabric pens to customise the t-shirt
*Some Caramel Wafers (if you are a Tom Gates fan, you’ll know why!)
*I was lucky to have a Tom Gates pencil and some stickers courtesy of Scholastic (thank you!) but a great alternative is some printed Tom Gates activity sheets. There is also a tutorial for making a comic folder at the end of the book, so you could provide the materials needed to do that: 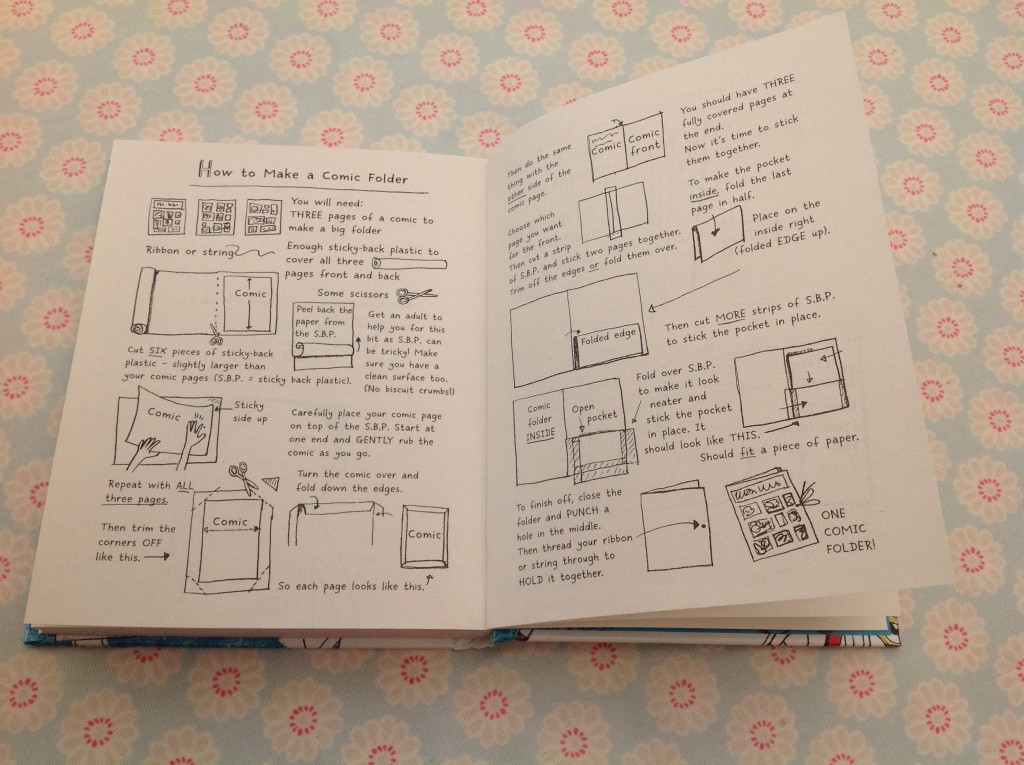 I was really pleased with how this turned out, and I will look into other present ideas I can feature on Library Mice.