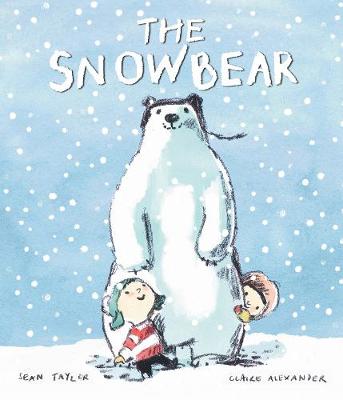 When Iggy and Martina wake up to a snowy day, they decide to build a snowman, which turns a bit more like a snowbear. Next they are keen to go sledging, not heeding their mother’s warning about staying away from the hill. But thankfully the snowbear is here to the rescue! Drawing from many fairy tale motifs and with a hint of Briggs’ The Snowman, this story is a lovely mix of the contemporary and traditional which together create a heart-warming wintery tale which oscillates between magic and reality. Alexander’s artwork is full of childhood wonderment but also bursting with a real sense of gentleness, balancing the ominous encounter they make in the woods and helping to soften the inevitable fate of the bear.  Together with Sean Taylor’s poetic text they create a wonderful ode to the joys of play on snowy days and beyond. Perfect reading for wintery nights. 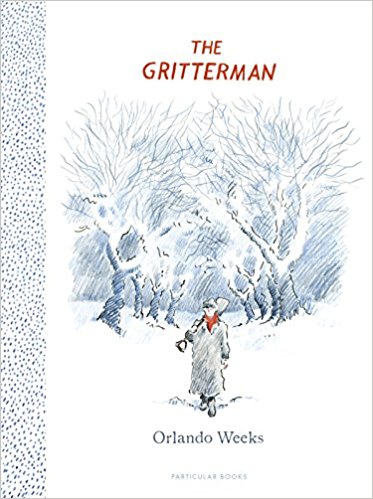 “The Gritterman” tells the story of  an old man whose job changes with the seasons: in summer, he sells ice-cream out of his van, but in winter he goes out in the cold of night to grit the roads. But the council has written to tell him his services are no longer required and readers join him  as he is about to embark on one final shift. The sparse artwork, effective use of negative space and vignettes, and beautifully lyrical, melancholy text make this book come together to create an accomplished début picturebook. But this is a sombre, sobering read, which offers a glimpse of the life of an unsung, forgotten hero. Similarly to Raymond Briggs in “Ethel and Ernest”, Weeks’ focus on ageing is full of dignity, compassion and heart-wrenchingly realistic at times. A superb yet different kind of wintery read more suited for adults perhaps. 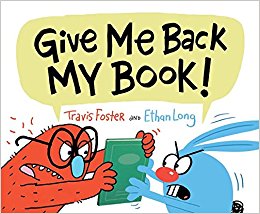 Give Me Back My Book!
Travis Foster & Ethan Long
(Chronicle Books)

When Bloo (drawn by Long) catches Redd (drawn by Foster) read his green book, he is not happy. In fact, he is seething! But Redd is undeterred and insists that the book is his. Full of fun, silliness and a few temper tantrums along the way, this is a great book about sharing, but mostly about BOOKS! I mean, no one should encourage children to bicker, but there is something strangely satisfying about these two characters arguing over a book! During the story, young readers learn about the different  book components (chapters etc) and will even be encouraged to make their own. Cartoon-style illustrations, speech bubbles as well as photographed everyday objects all on white background create real dynamism in the artwork. It is fun, bright,  and celebrates book ownership in a non-twee, non-preachy way. 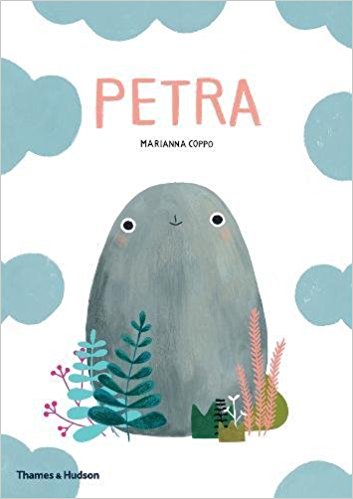 Petra is a mighty mountain that nothing can move … or so she thinks, until a dog playing fetch picks her up. Petra then goes on a journey of discovery, going from one environment to another, willing to adapt as she goes. Because she is a rock and that is how she rolls!  “Petra” is a deceptively simple tale which tackles some important themes: perspective, optimism, identity, self-confidence to name a few. Petra might be ‘just a rock’, but she never sees herself that way, and things don’t quite go to plan, she sees it as a new challenge. This ‘glass half full’ theme is teamed by elegant, uncrowded artwork. With only a few lines, Coppo conveys Petra’ s emotions perfectly. This creates a really effective story which works well on many levels, whether it is at home or at school as part of PSHE and philosophy discussions.