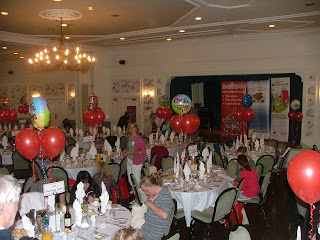 Fun times were had yesterday when my son, myself and a friend went to the Red House Children’s Book Award ceremony. This was my third year at the awards and it is always such a great event. Seeing children mingling with authors, who are always so approachable and friendly, is such a great thing, and a brilliant reward for the children who have worked really hard at testing the books throughout the year.
﻿Here are the winners: 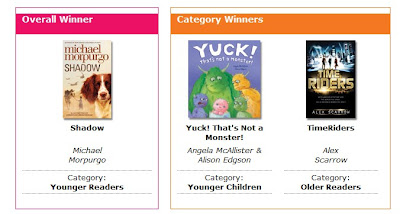 ﻿It was particularly great to hear Michael Morpurgo and Alex Scarrow sing the praises of the award and the Federation of Children’s Book Groups. Hearing both authors say that this award is the one that counts, the one they yearned for, because it is the only one that is voted by the readers is so fantastic because the Federation works so hard at bringing books and children together and it thoroughly deserves such an accolade.
As for us, we had two missions. I wanted to have my Silly Doggy signed by Adam Stower. He told me he was working on a second Lily story, yay!!!! 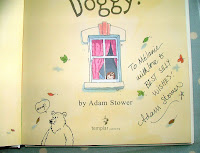 My son wanted to have his Great Hamster Massacre book signed  (and the rest of the series) and meet Katie Davies, and he did, and was chuffed! 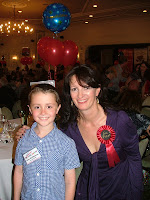 I also have to mention the lovely Liz Pichon who was sitting at our table and was so, so nice and lovely with the children that were there. My son loves The Brilliant World of Tom Gates. Check it out, it really is a great book for boys that are 8+! 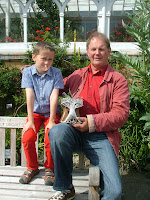 And here is my son with the winner, Michael Morpurgo. There was a feeling of total awe in the air around this man (Michael, not my son!). He has incredible presence!