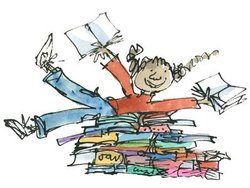 This week is Booktrust’s Children’s Book Week and this year Booktrust are again offering an absolutely fantastic selection of activities to be used at school and at home. Have a look there for more details.
Booktrust have also just published the 2013 Best Book Guide, which a publication I await with great anticipation every year.

Also this year is something quite exciting. To celebrate Children’s Book Week 2013, Booktrust have announced their definitive list of 100 books every child must read before they’re 14.
The exciting 100 combines an eclectic mix of traditional classics and modern greats that Booktrust believe are must-reads to fire children’s imaginations and turn them into life-long readers. The cut-off age of 14 was chosen as beyond that, children tend to progress to more adult literature (though I must say, working with 14 year-olds, I am not sure I agree!)

So here they are, split in four categories:

Now I know we will all agree and disagree on those who have made or not made the list. All our experiences, and culture baggage, are different after all. I was talking to some year 7 students about it last week and they were amazed when I told them I had read 69 on the list (most of the students had read an average of 25 which I was very impressed with, considering they are only 11!). But not being a native, I have actually read the majority of them as an adult, either to my own children, for university or out of personal interest.

So I decided to do a little exercise with my students, and asked them to come up with their own childhood top ten. But first I shared mine, which is: 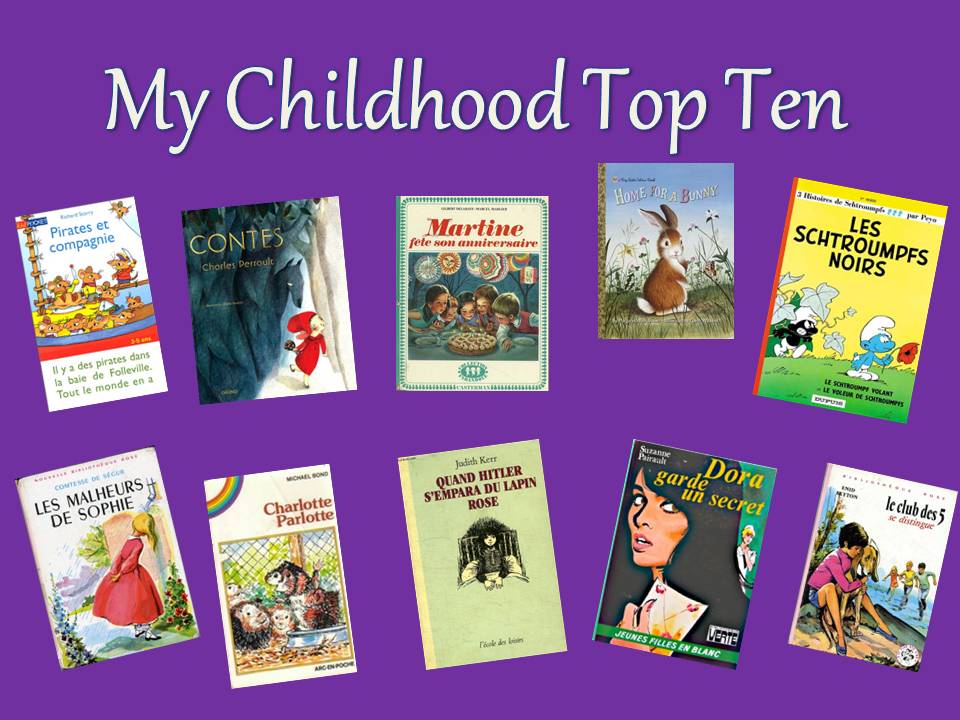 Most of those were alien to them and will be alien to readers here too (though you will recognise Judith Kerr, Enid Blyton, Richard Scarry and possibly Michael Bond’s Olga da Polga). Those are the ones, that amongst the hundreds I read as a child, I remember the most. My students’ lists were incredibly interesting too, with plenty of Julia Donaldson and Francesca Simon!

Though a consensus on such things is always near impossible to achieve I think there is much positivity to be found from drawing such a list. Yes, nothing is ever written in stone, and new books will come that will need to be added to the list.  But, right here, right now,  I think this will give us an interesting glimpse into our literary identity as a country, regardless as to whether we were born here, or if the books indeed come from here. I know I intend to use the list at school to give suggestions to students and their carers.

So go on, start giving it some thought (it might take some time) and vote for YOUR favourites!

So where do you vote for your favourites? Well, here! And you have until 15th November to do so, before the results are announced on Monday 25th November.