Arthur and the Meanies 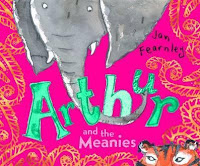 Arthur the elephant really wants to play. He asks the monkeys, Tiger, Peacock and Cheetah, but they are not having any of it and are being rather nasty to Arthur. Feeling disheartened, he continues on his way until he stumbles across Duck and Frog who are having fun in puddles. They are more than happy to welcome Arthur into their game and they have lots of fun in the water. But when it starts to rain, the grumpy others all of a sudden want to be Arthur’s help so that they can shelter under him. They take advantage of Arthur’s gentle character, boss him about and promise him all sorts of fun for when the rain stops; but as soon as it does, they scamper. Big meanies. When Arthur realises he has been tricked and taken for a fool, he feels very sad at first but eventually decide that maybe he needs to teach them a lesson. Will it be enough to make them mend their ways and make amends? 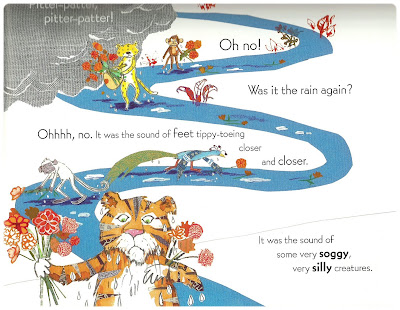 This is a lovely tale on making friends, feeling rejected (and included), and conflict resolution. There is a very gentle moral to this story but it is part of the story rather than spelt out  so you and your young audience won’t feel preached at;  it is so much easier to pass on a message when animals are the main characters! Debi Gliori is another perfect example of this.
Every child, unfortunately, experiences this sort of behaviour from others or inflicts it on others at least once. So they will be able to sympathise with Arthur’s feelings of anger and desolateness if they have experienced the former and if they have experienced the latter, they will hopefully grasp some understanding of how their actions might affect others. Although this is mainly aimed at the preschool market, many older children will appreciate and sympathise its message, as they all have to deal with playground politics on a daily basis. The text is energetic and funny allowing an older audience to stay engaged with the story.

Now, about the fantastic artwork! I saw Jan Fearnley speak last year at the FCBG Conference about Milo Armadillo where she spoke about how having being left with very poor eye sight by a medical condition, she was faced with the possibility of never drawing again and therefore explored working with other materials, including wool and textiles, to create her illustrations, often in the form of collages. Her sight, thankfully, got better and she went back to more traditional illustrations with The Baby Dragon Tamer. However she has gone back to this new style with this title and I have to say it is a resounding success. The way she has used different textures in this book is very clever. The story obviously takes place in India and she has been inspired a lot by Indian materials, colours and patterns which she includes throughout the book  (the two illustrations below are good examples of this, as well as in the front cover). 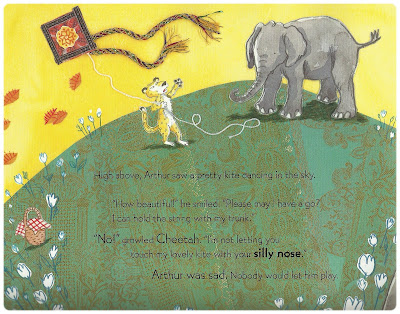 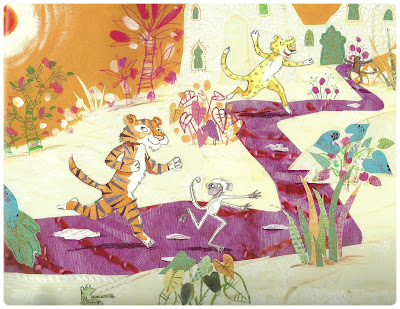 It is a rather beautiful book and I have to say it has fast become my favourite book from this artist. Well worth discovering for those who don’t know it yet! 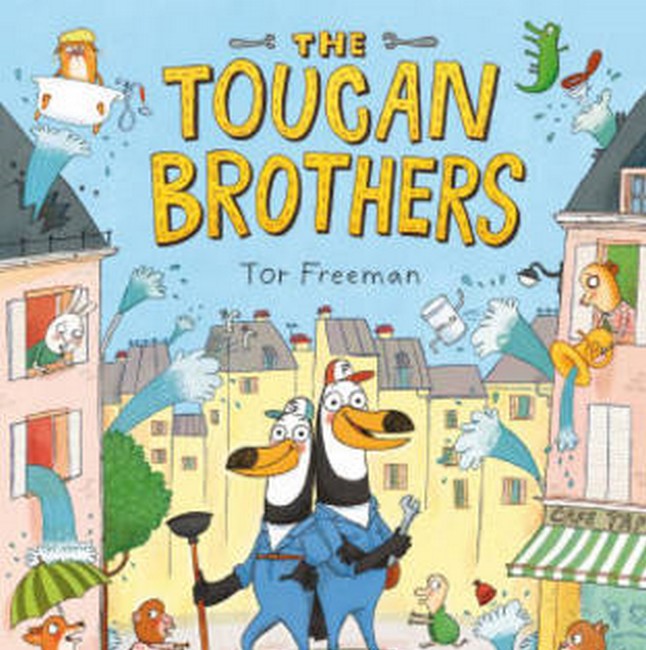