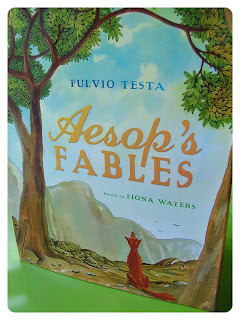 Aesop’s Fables are classic moral tales which date back possibly as far as 650BCE. This new edition includes 60 of some of his tales, some of them famous, some of them less so. Each fable has a double spread dedicated to it, with words by award-winning anthologist Fiona Waters and art from Italian illustrator Fulvio Testa. The format makes it particularly easy to dip in whenever you fancy a story or you are trying to make a point with your children!

In my native France, Aesop’s Fables were re-written in the form of rhyming poems by Jean de la Fontaine in the seventeenth-century under the title Fables de La Fontaine and these are the versions I know best. The Fox and The Crow and The Hare and the Tortoise were particular favourites of primary school teachers who made us learn them by heart and recite them in front of the class. Anyway, these fables are part not only of my own cultural heritage but I think everybody’s; after all how many times have we told our children when caught telling fibs “remember what happened to the boy who cried wolf?”.

I think their omnipresence in my early schooling is at the base of my interest in having a look at new versions when they are published. This one does not disappoint. Fiona Waters’ writing style is lovely and clear and suits the short fables. She has managed to make them accessible to a quite a young audience too. The illustrations by Fulvio Testa have a wonderful Mediterranean feel with beautiful warm colours. You can nearly feel the heat of the sun radiating from the page and hear the cicadas. His style is uncluttered and there is definitely an anthropomorphic side to his cast of animals, which of course suits the fables perfectly. The human characters look more simply drawn, with the skin colour left colourless and I wonder whether Testa made it that way because the humans are mere secondary characters to the tales. The most striking for me is the illustration of The Fox and The Crow, and it is little surprise that it was chosen as the cover art. 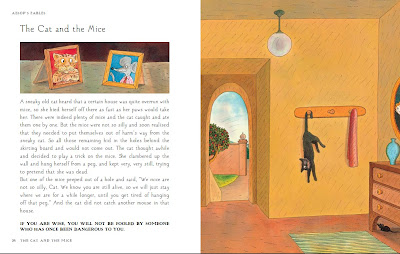 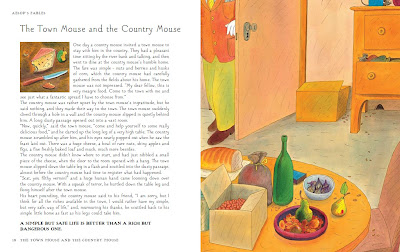 I think every child’s library should include a copy of Aesop’s Fables. This version is one I would be happy to recommend, and would make a lovely gift.

Sent for review by Andersen Press