Warning Cry: a review, and a guest post by illustrator Chellie Carroll 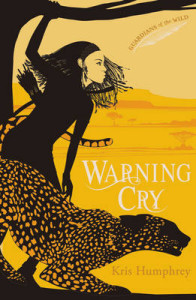 Nara is a Whisperer, a Guardian of the Wild. Her companion is a leopard called Flame and when Nara receives a message from the Palace that the kingdom of Meridina about the growing dangers brought by the shape-shifting Narlaw, they both take the journey north from the family farm to the Palace to join a war council of Whisperers. On the way they come across Tuanne, another young Whisper, who joins them on their journey. Will they make it to the Palace on time to save Princess Ona, and the natural world?
Though this is the second in the four-part series series Guardians of the Wild, Warning Cry works well as a stand-alone.  Set in an imaginary land but with beautiful settings reminiscent of the African Savannah, this is  fast-paced adventure which will delight readers who are fan of fantasy and animal stories. However, what is particularly wonderful about this book and the series in general is their obvious focus on female characters, who are cunning, brave and resourceful. This is quite an empowering read for young readers at a time in their life when they begin to feel the pressures that tween and teen girls are constantly under, and therefore a very much welcome addition to middle grade bookshelves.

The cover of Warning Cry is absolutely stunning and really effective at conveying the mood and setting of the book, which is also carried through with the inside artwork. I find her drawings of the female characters quietly elegant and powerful, and as a supporter of the Pictures Mean Business campaign, I was keen to find more about Chellie Carroll’s experience of illustrating the series:

Me & my Influencers
by Chellie Carroll

My name is Chellie and I’ve been drawing ever since I could hold chunky crayons and deface my bedroom walls.  Though I have an arts degree, I didn’t study as an illustrator.  I seemed to have fallen into illustration 15 years ago, when a couple of friends asked me to get involved in a short animation film they were making for PlayStation (another first) and since then I haven’t looked back. My work has mainly consisted of advertising and commercial work and most recently licencing commissions… until a day back in November 2014.

My lovely agents at Advocate approached me about the possibility of a book cover. Of course I was interested and put together some bits that might be relevant.  When they got back to me they told me I hadn’t got the cover. Oh well, I thought, you win some you lose some.

But no, I had got the cover and all the internal plates!  I had to sit down, which was tricky as I was on the school run at the time. Do they know I haven’t illustrated a book before?

I was so excited at the prospect and utterly petrified at the same time but everyone seemed to have so much confidence in my ability to complete the task.

When I read the book I was to illustrate, A Whisper of Wolves by Kris Humphrey, my fears started to dissipate.  It was exactly the sort of story I would have enjoyed as a child and as an adult too (I have a huge soft spot for fantasy). My head started to fill with masses of imagery, so now where to start?

Well, I started like I do with anything by making notes, researching and sketching. I had so much fun researching the wolves for this books and I had a lot of help from my 7 year old son Frankie, who is an authority on wolves, as they are his favourite animal.  I was subject to strenuous wolf quality control by Frankie on a daily basis! 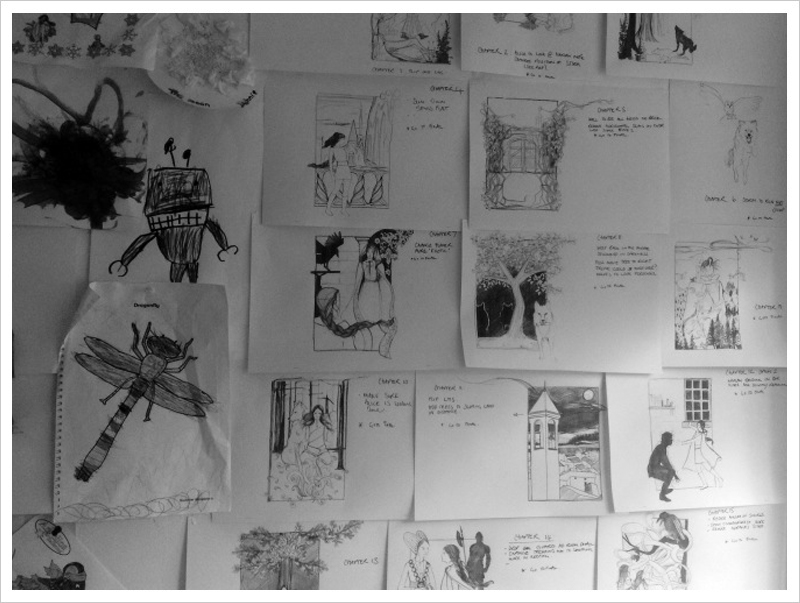 One of the trickiest aspects of the illustrations was the limitations of colour (black) and the use of line only, so trying to find ways of giving the illustrations depth was a huge challenge.  However, it was a challenge I relished as it meant that I could take influences from some of my favourite artists such as Aubrey Beardsley, Mucha and the beautiful ornate book plates of the 19th century. My work had always been influenced by these great artists, but this project gave me the ability to use it in a context I never had before –  to help tell a story. 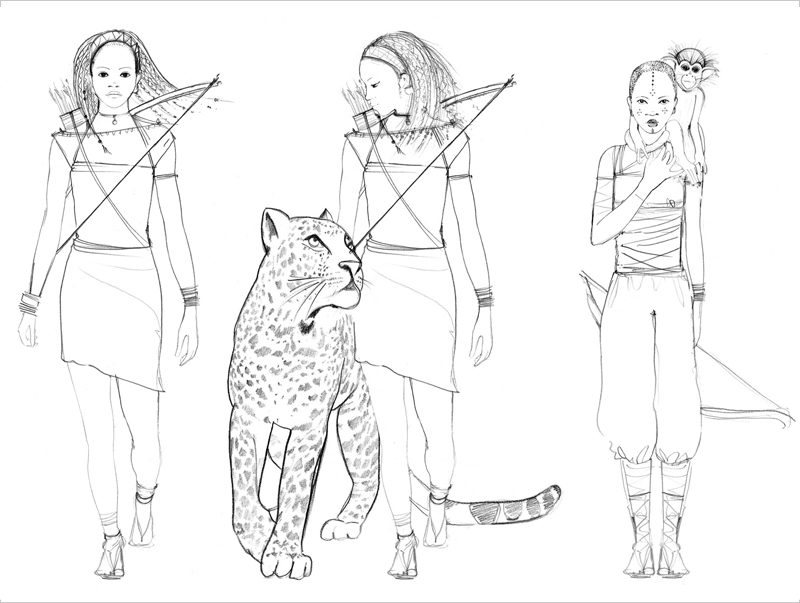 After all the plates are sketched up I turn to my computer and obsessively recreate my sketches in Adobe Illustrator. This is my favourite programme and it helps me get the precision I like as well as giving the illustrations a crisp contemporary feel. 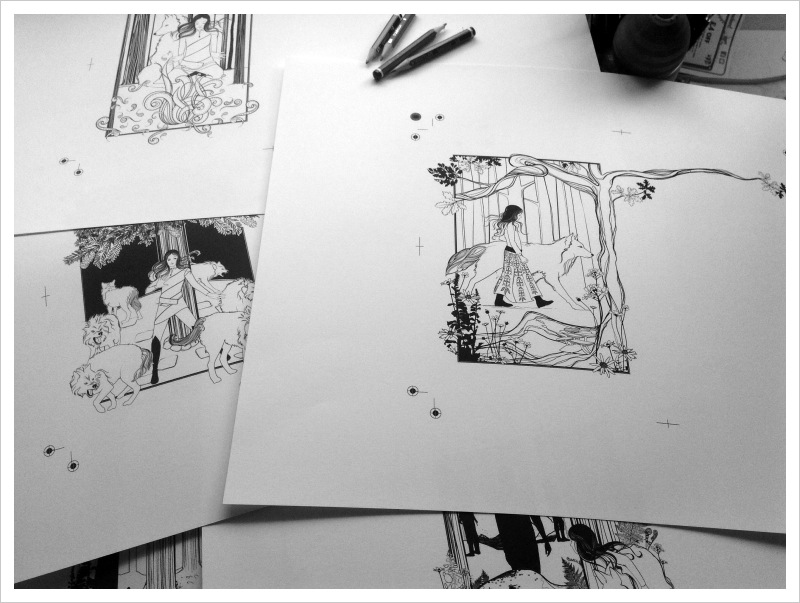 And that is it really.  That’s me!  I’m two books in and enjoying the experience immensely and can’t wait for the next installment!

Thank you very much, Chellie, for such an insight. 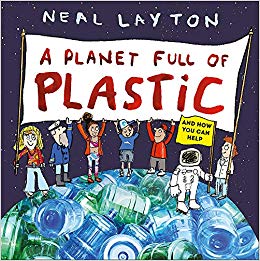