The story behind the Art: Régis Lejonc and “The Garden of Inside-Outside”

Today I am really delighted to welcome French illustrator Régis Lejonc to Library Mice to talk about The Garden of Inside- Outside (Book Island), which he illustrated, and which is released today. It is always with glee that I welcome any French language picturebook in translation, and The Garden of Inside-Outside, written by Chiara Mezzalama and translated by Sarah Ardizzone, is a very special book indeed. The story is based on the author’s childhood memories of her time in Iran as the daughter of the Italian ambassador in the early 1980s. Sheltered Inside the palace and its luscious gardens by high walls, Chiara and her brother go on adventures in the green wilderness of the palace’s grounds while Outside war rages, sometimes they only get a glimpse of at night, with the sounds of air raids. But one day, a boy, Massoud, appears in the garden and suddenly Inside and Outside collide in a way that Chiara will never forget.

The Garden of Inside-Outside (Le jardin du dedans-dehors) has been a huge success in France, winning several prizes including Prix Sorcières, which is administered by the association of independent children’s bookshops and the French librarian association. It was also part of the official selection from the Ministry of Education for years 5 and 6 in 2018.
It is little wonder it has been such a success. Throughout the book, as Chiara recalls her past, the narrative walks the line between the innocence of childhood and the reality of life in conflict, both of which conveyed stunningly in the artwork by the use of colours, which is also reflected in the lettering. The bold lines and colours make Lejonc’s artwork look deceptively simple but a closer look at the intricate persian curves and detailed flora that adorn the pages soon prove it is anything but. The graphic picturebook layout is clever; relatively complex at times but never crowded, allowing younger readers to grasp its conventions. The artwork conveys the tone of Mezzalama’s tale potently. The author, aided by the benefit of hindsight, is able to make sense of the events and her feelings and this allows for the narrative to become more philosophical, universal in a way, despite it being very much routed in the reality of her past: children will play while conflicts rage, children will see past the things that separate us, as adults.
This is an unusual, uncompromising narrative both textually and visually. The kind of narrative that only burgeons within a culture where gate-keepers are held at bay.
Régis Lejonc was kind enough to give us some insight on his work on the book.

Régis, thank you for agreeing to answer a few questions about The Garden on Inside-Outside. Could you tell us how you came to such an unusual project?

“The editors from Les Editions des Eléphants , Caroline Drouault and Ilona Meyer, contacted me directly, having thought of me after seeing Chiara Mezzalama’s text. I was surprised and touched as our paths had never crossed until then. I instantly liked the text when I first came across it, and found it very moving and so I agreed to illustrate it. Chiara, our editors and myself agreed to meet in Paris and we got to know each other then. I had asked Chiara if she could bring childhood photographs and memories from her life in Tehran with her, and she kindly obliged even though we were, at the time, strangers to each other. We spent a whole afternoon, all together, chatting about the project. When I left, I already had a skeleton idea of what I wanted to create.“

Could you tell us a little more about the techniques you used to illustrate this book, and the choice of paper?

“For this book, I used felt pen for the drawings; I then scanned textured handcrafted paper to use as a background and superimposed my coloured drawings over it, using Photoshop. The choice of paper, as of format, lies with the publishers “

The use of colour in the artwork is very symbolic, particularly the use red and green, could you tell us a little bit more about it?

“As the title suggests, the story mainly takes place in the garden but also outside of the garden walls. What is happening on the outside is abstract, fantasised by the children, and most importantly terrifying for a 7 or 8 year old. It was the decision to only use the colours red, cream and black for the Outside that dictated the limited palette, focused around green, for the Inside. Ultimately, the two dominating colours in the book are red and green, which although they are conflicting here, turn out to be complimentary also.”

The format is unusual, part-picturebook, part-graphic novel, a “hybrid” as we would call it. Was this your choice, bearing in mind your extensive experience in bande dessinée?

“The decision as to how the story is going to be told visually was entirely mine. This is the space I occupy as an illustrator and where I can freely express my creativity and aesthetic sensitivity and response to the narrative.
By dividing the text into frames, thus splitting the page into 1, 2 or more images, I made choices as to what the text might imply.
Using the graphic novel format allows me to express time passing by splitting the visual narrative into frames, whereas a single illustration showcases a single moment, similarly to a painting. Playing with those two formats in order to better fit the narration is something I really enjoy doing.
Ultimately, the book does become a hybrid, unusual and slightly peculiar, which suits me just fine.”

The book includes a lot of Persian inspired images and shapes, including the beautiful intricate tiled wall surrounding the French window into the garden surrounding the mother, creating a frame that almost imprisons her. Did you do much research into Persian architecture prior to illustrating the book?

“When I began to work on Chiara Mezzalama’s text, I realized that, in 25 years of working as an illustrator, I had never until now worked on a real-life story. It was a bit daunting because autobiographical texts bring an additional level of responsibility: that of not betraying the author’s story. From the start I was able to use and inspire myself from the family photographs that Chiara had kindly lent me. They allowed me to portray Chiara and her brother as they were at the time, but also to draw the palace, some of its rooms and some of its Persian art. It also allowed me to visualise the garden. This made it easier for me to do the extra research I needed to give shape to the visual narrative. The most challenging research was to try to find photos of Tehran at that time.“

I love the final spread, with Chiara grown-up, the pattern of her dress a continuation of the garden outside the window. What inspires you to choose those details that are not in the text and give space for readers to make inferences?

“The role illustration plays in a picturebook is vital. When I receive a text, I make it mine. I take ownership of it and rely on the images it triggers in my head. Those images, which are both immediate and intuitive, set the right pitch for me to use as I begin to draw the story. Respecting the text is essential , but its visual interpretation is very important too. What I can bring to the text sits between this freedom of interpretation and the need to remain faithful to the text. The continuation of the memory of the garden on adult Chiara’s dress is a symbolic way of expressing that this memory and this story are important to her and an integral part of the adult she has become. Visual metaphors are powerful, and here it is based on feelings of nostalgia.“

Finally, still very few non- English language picturebooks and graphic novels make it into the British market; if you could choose a couple recent French language books that you think should definitely be translated, what would they be?

“It is true that it is rare to have one’s books translated into English. For me, it is a first, despite my 25 years in the job and roughly 80 books published in France!
Choosing books that I feel should be published in English calls upon what appeals to me as a reader, and like all bookworms, I love to talk about my favourites!

The first title that comes to mind is a picturebook written by Gilles Baum and illustrated by Thierry Dedieu, which is published by éditions du Seuil : D’ENTRE LES OGRES. It expresses what it means to be a parent in a superb, poignant manner.

For my other choice, I will allow myself to mention a book that I have illustrated . The reason for my humble choice is that the text is simply a marvel. It is TU SERAS MA PRINCESSE, which was written by Marcus Malte and is published by éditions Sarbacane. In the book, a father declares his unconditional love to his unborn daughter. He opens up his heart to her and the most marvelous world pours out of it.“

Thank you so much Régis for taking the time to answer these questions.

The Garden of Inside Outside was written by Chiara Mezzalama, illustrated by Régis Lejonc and translated by Sarah Ardizzone, and published by Book Island. It is out today and can be purchased directly from the publisher’s website. 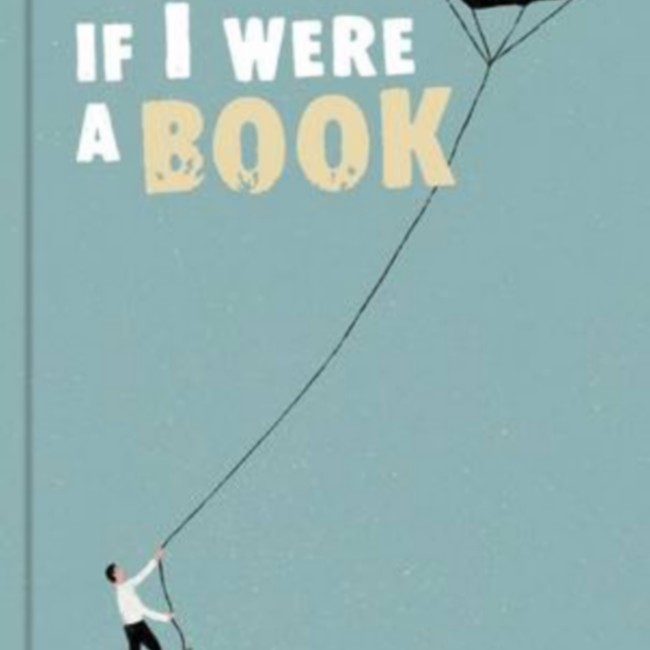