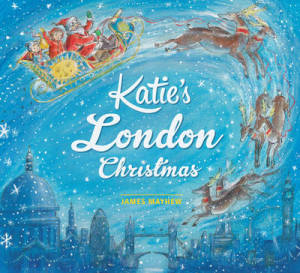 If you are after a picture book that captures the magic of Christmas perfectly, look no further than the beautiful Katie’s London Christmas. When Katie and Jack are woken up by a loud ATCHOO late on Christmas Eve, they are given the once-in-a-lifetime opportunity to travel through the night above the roofs of London on a very special mode of transport, with a very special driver indeed.
James Mayhew’s illustrations are exquisite, twinkling with stars, full of warmth and colour. The illustration of Katie, Jack and Father Christmas tiptoeing in the dark with all the presents is particularly wonderful, striking in its darkness among the other starry skies lit artwork. James Mayhew delivers all the magic of a snow-covered timeless Christmas Eve and shows us London in all its festive beauty.  Full of wonder, it is a perfect read for Christmas Eve. 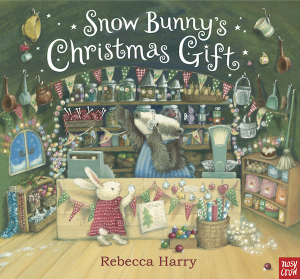 Snow Bunny loves playing with her friends Mouse, Fox and Bear. But it is very cold outside and everyone gradually goes home leaving Snow Bunny alone. On her way home she finds a silver coin and decides to spend at Mr Badger’s shop and gets something very special for her friends.
Sparkly and full of true Christmas spirit, Snow Bunny’s Christmas Gift is a really lovely story for little people. Snow Bunny’s dedication to her friends is wonderful, and subtly explain what present-giving should really about at Christmas time. The artwork is all soft colours and warmth, and Mr badger’s shop will have even the most hardened Christmas cynic go slightly twinkly-eyed. Snow Bunny’s Christmas Gift is a lovely remedy to the often overly consumer-focused Christmas “sold” to children. 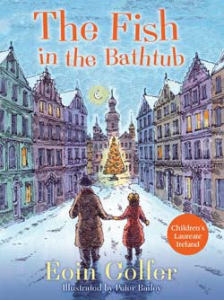 Little Gems is such a beautifully designed and packaged series and each book is a delight, but the marriage of Colfer’s heartwarming tale and Bailey’s atmospheric artwork makes The Fish in the Bathtub extra special.
Colfer weaves a unusual tale which brings together historical elements of post-war Poland, passed from Nazi Germany to communist USSR, torn and battered, and the story of Lucja, a little girl who today would undoubtedly considered to be on the Asperger’s spectrum. Her Grandpa Fekils feels  the oppression of occupation more than anyone in the family, and when he finally manages to get hold of a carp so he can have a traditional Christmas Eve meal, he sees as a small victory in the face to the occupants. The only problem is he did not expect for the fish to be delivered alive! And so the fish takes residence in the family’s bathtub while waiting for its fate, but Lucja becomes attached to it, and gradually changes appear in her usually more erratic behaviour. Will Grandpa Feliks have the heart to eat Mr Fishy?
A truly wonderful tale of Christmas spirit, the strong relationship between a little girl and her grandfather and indeed the power of pets in changing children’s behaviour. Gorgeous all round.

It is almost Christmas and  preparations are in full swing at the Kingdom of Silk, where they will celebrate Christmas in their own special way. Meanwhile Scarlet, the eldest of the Rainbow Girls, has got herself a part-time job at the Colour Patch Café where she has met a new friend, Anik. When he opens up about why he has fled his war-torn country, Scarlet, in true Silk tradition, feels compelled to take action, and so she declares a day of Peace not only for Cameron’s Creek, but for the world over.
This fifth installment of the Silk family’s adventures is another perfect little bubble of joy, love and compassion. The Silks’ boundless kindness and empathy and their ability to embrace people into their extended family will not fail to move readers. Anik’s country may be nameless in the book, but it could easily be so many countries in the world today. Plum Puddings and Paper Moons is touching, current, beautifully lyrical and shows that even the smallest things can make a real difference. An unusual but magnificent Christmas story. 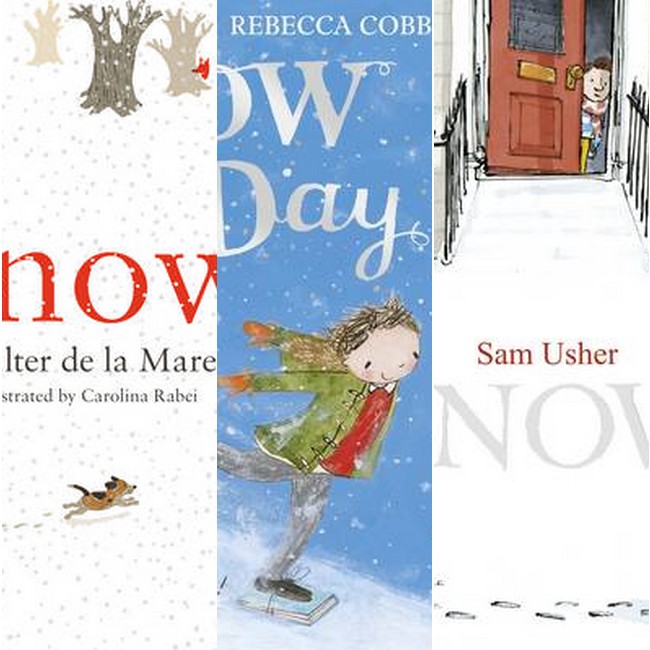