The festive season is finally upon us and there is nothing quite like a good festive story to put us in the mood. 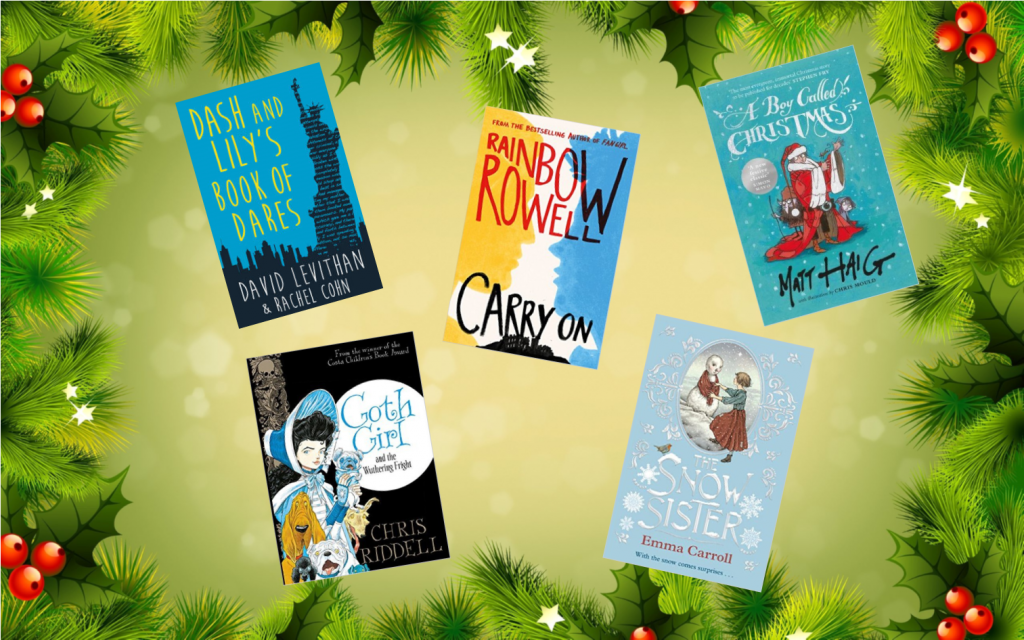 I can’t tell you how much I wish I had read Dash and Lily’s Book of Dares by David Levithan and Rachel Cohn (Harlequin) at Christmas time. I read it this summer, after asking for recommendations for teen romances on Twitter. Because Dash and Lily’s Book of Dares is pretty much as perfect as it gets when it comes to festive teen romance.  It is the story of two teenagers left alone in Manhattan at Christmas time develop a connection through a notebook of literary clues which Lily leaves behind at the Strand bookstore. Dash finds it and follows the clues before writing some of his own. As their relationship on print develops, they begin to reveal information about themselves, building up to an eventual meeting. It is a fantastic book, highly entertaining, witty, sophisticated, incredibly well written and well, romantic.
The hugely anticipated latest title from bestselling American author Rainbow Rowell came out earlier this year and although Christmas is certainly not the central theme, it features quite heavily. Carry On  (Macmillan Children’s s Books) continues (and concludes) the story of Simon Snow and Baz, much loved characters and subjects of Cath’s fan fiction writing in Fangirl (though there is no need to have read Fangirl to enjoy Carry On). It’s Simon’s last year at the Watford School of Magicks and he really wants to savour those last few months of happiness. But things don’t seem to be going to plan, especially as his nemesis and room mate, Baz, seems to have disappeared. Full of magic, cheekiness but also often incredibly touching and tender, I’ll admit that it took me a while to get into but once Baz turned up, it really bowled me over. It presents quite a powerful discourse about diversity, class and what love really means, and the love story at its heart is really quite special.
A Boy Called Christmas by Matt Haig and Chris Mould (Cannongate) has been all over social media and it is easy to see why. The story of Father Christmas as a boy might not be completely new (Nikolai of the North by Lucy Daniel Raby is another lovely such story) but there is something about Matt Haig’s writing, poignant and witty, and Chris Mould’s black ink illustrations which bring a certain vulnerability to the characters. Together they have created a timeless story which appeals across ages. Full of the true festive spirit that we yearn for at this time of year, the kind that shows kindness and acceptance, this really is a special book.
Lord Goth is hosting a literary dog show at Christmas and of course in the best Ghastly Gorm Hall tradition, things don’t go quite according to plan. There are literary and not-so-literary  references galore in Goth Girl and the Wuthering Freight by Chris Riddell (Macmillan Children’s Books) which had us in stitches as we read it. Children reading to themselves might not get them all but this does not spoil the book; with such rich layers to the narrative, it can indeed be enjoyed on many levels. Beautifully packaged, this is a real treat, as were the other two Goth Girl books.
The Snow Sister is a novella written by Emma Carroll with artwork by Julian de Narvaez (Faber Children’s Books) set in Victorian England, in the countryside not far away from here. Pearl and her family have never quite got over the death of her sister Agnes but news of her father being beneficiary in his later brother’s will might just help them make Christmas a happy event again at last. But instead things take a turn for the worst for Pearl when she is given the task of going to fetch some goods for the shop. The Snow Sister is written in the best tradition of classic children’s books and reminiscent of such treasures as A Little Princess (another great Christmas read!),  and offers a subtle message reminding us what we should really be thankful for at Christmas time, and any other time too. I particularly liked the fact that, unlike many classic children’s books, the ending remains realistic rather than idealistic, which brings a modern tone to this evocative story. 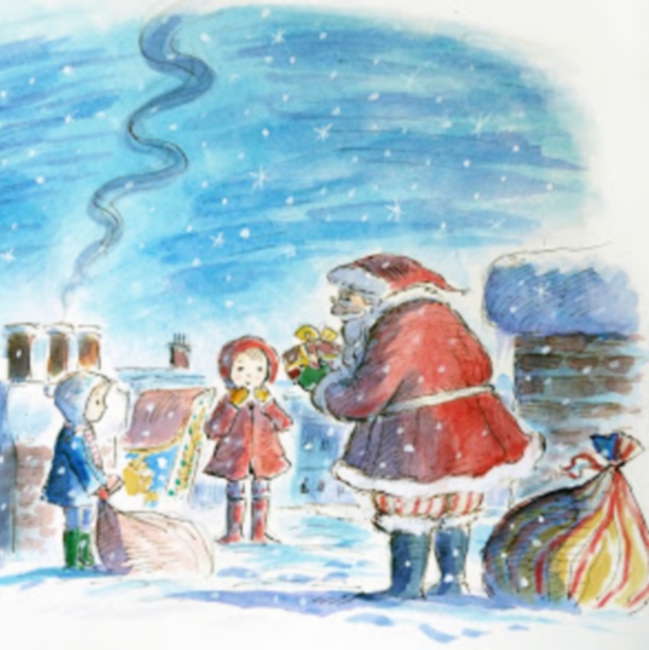