Please be aware that Scattering Like Light is the final tome of a trilogy and therefore there might be  spoilers in this review!

Scattering Like Light picks up where Perfectly Reflected left off. Alex and her family are on their way to Spain for a family holiday. But on Alex’s mind is the fact the she now knows there is a way that Callum and her can be together. Catherine has all the answers but she is unwilling to share, and has disappeared anyway. And of course there is the new power that Alex’s amulet holds, and which defeated Lucas. Could this be the key? As if things were not complicated enough, childhood friend Max appears on the scene and  has gone from ugly duckling to rather beautiful swan, and seems very interested in Alex. And there’s also that lady vicar who keeps pestering her. Alex can’t give up on Callum and the Dirges, but how much is she willing to risk to be with the one she loves?

Scattering Like Light  is the final volume of the Small Blue Thing trilogy and therefore presents the reader with the denouement of Alex and Callum’s story. The story of Callum, the amulet and the Dirges was still, at the end of Perfectly Reflected, shrouded in mystery and therefore this book also needed to offer a satisfying and comprehensive explanation and resolution to the plot. I have to  say SC Ransom does not disappoint and tie-ins beautifully all the little storylines, the clues, the half-told stories and even the origin of the amulet and its curse which I thought was particularly well-done.
In this volume, London is very much at the heart of the story and the Thames takes centre stage, but we also get a change of scenery as Alex’ family take a holiday to Spain. This offers a nice interlude to the storyline and gives the opportunity to introduce a new potential, and rather persistent, new love interest for Alex, while Callum cannot be there to witness it. But the family are soon back in England and Alex needs to face up to the reality of her situation. It would be unfair to say more in case I spoil the plot for readers! However it is safe to point out that the story is pacy and there is a clear crescendo in the action and the revelations to the ultimate scenes. There are also a few twists and surprises to keep the reader of its toes, which helped make it an exciting read. I felt the romance between Alex and Callum was played down a bit, particularly as Alex struggles with doubt but again this works well, allowing Alex to shine more as an individual, and her kind but determined nature comes through.

I think Scattering Like Light offers a perfectly satisfying conclusion to what has been a hugely enjoyable trilogy. The narrative has been consistently good as has the storyline, with a cliffhanger at the end of the first and second volumes, as well as plot recaps dotted in the second and third volumes. The characterisation has also been very good and consistent, with clearly drawn “goodies” and “baddies”, although I have always had a niggling doubt about Callum, I am not sure why!
But to me, the strength of this trilogy lies in its intended audience and the effect that has on the three books overall. Supernatural romance can be a difficult genre to manage for both parents and librarians, as those books can be explicit both in language in action. The Small Blue Thing series however provides an attractive yet safe introduction to the paranormal romance genre for younger readers. It is not as dark as many of the offerings in this genre but still has enough menace within the storyline to make it exciting, as does the many ups and downs of the two protagonists’ relationship. Also, I cannot emphasise enough the importance of the setting here, because it does contribute hugely to the success of the trilogy; one can feel the author’s love for the city of London. It will allow young British readers to relate to the story more, and make it more relevant, which cannot be underestimated when trying to grip the reader.

This is truly a great series that can safely be recommended to lower secondary school readers but which will appeal to a wide readership. And considering this was “only” supposed to be a birthday present for her daughter, what a tour de force from author SC Ransom!

Thank you to the good people at Nosy Crow who sent me a review copy of “Scattering Like Light”. 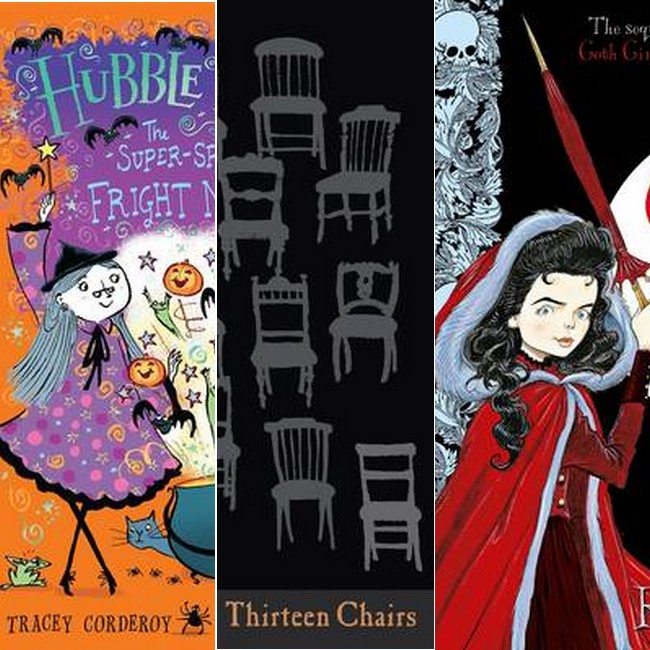