The government has decided this week to suspend all funding to the three bookgifting schemes for children administered by Booktrust in England.
The three schemes are:

Under which babies receive a free book pack at aged 9 months, 18 months and 3 years.

Under which children receive a free book pack in Reception class

Under which children receive a free book (of their choice, out of a pre-selected list) in year 7.

The schemes are universal, unrelated to parents’ means. Some might think that it is a waste of money to give books to children whose parents can afford them, but in fact a proportion of those children who do not have access to books do not come from families of little means. The schemes aim at supporting family engagement in reading and this is not something that can be measured in relation to socio-economic backgrounds.

The schemes are well supported by publishing companies and Booktrust are now exploring alternative ways of funding them. But what message is our government sending us? At a time when they are fretting at low literacy achievements in primary schools, they are pulling the plug on one of the most inspiring ways of promoting reading in schools.

I have been inspired by Bookstart since its very beginning. In 1997, I wrote to the few authorities that were running the scheme for my research for my Master’s dissertation on under-fives reading development and the role of libraries. I was overjoyed when it became a national scheme and was ecstatic (and a little jealous!) when my children got their own packs, which they still cherish (my son is 8 and his Bookstart treasure chest is still intact as good as new, 5 years after getting it). Booked Up is the only scheme I have not experienced as a mum, but I have experienced it as a professional. I have coordinated Booked Up ever since it first started and opening those boxes full of books in front of an expectant group of children was always a little magical.

I always said supporting Bookstrust was one thing that the government could be proud about. I just cannot understand how they could do this. 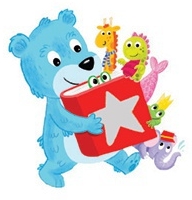