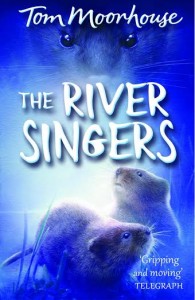 Today I am delighted to welcome Tom Moorhouse to Library Mice, as part of the blog tour for the release of the paperback edition of his much-acclaimed The River Singers and to celebrate World Nature Conservation Day which took place on 28th July.

The River Singers, the story of Sylvan the vole and his family’s perilous journey in search for a new home,   is a tale of hope, survival and friendship as well as a heartfelt ode to the beauty of nature and a child-friendly manifesto for the necessity of conservation. It will delight young readers who like their animal fiction with an ecological edge, and who might have already enjoyed books by authors such as Gill Lewis and Lauren St John. 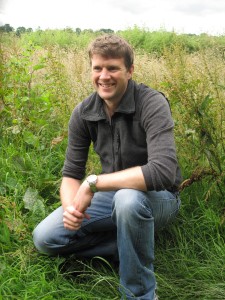 Tom Moorhouse works as an ecologist at Oxford University’s Zoology Department as part of WILDCRU, the Wildlife Conservation Research Unit. He has a BSc from Durham, an MRes from York and completed his DPhil on water vole conservation ecology in 2003.
A water vole expert and dedicated naturalist, Moorhouse’s many achievements include reintroducing seven new populations of water voles to the Upper Thames. Originally from the Dales, he now lives in Oxford. The River Singers is his debut novel. The Rising, a second thrilling adventure featuring the characters from The River Singers will be published October 2014. Both are published by OUP.

So why, of all the characters in Watership Down, pick the most neurotic rabbit of the lot? Well, because Fiver is the one who has the best grip on what’s happening but, until the others learn to trust his instincts, his predictions and warnings are treated with scepticism, if not scorn. I empathise because I’m an ecologist and we predict horrible consequences – of climate change, biodiversity loss and general unsustainability – for a living. I would like to believe that people will start listening at some point. (I mean, look what happened to Sandleford Warren. Right?) 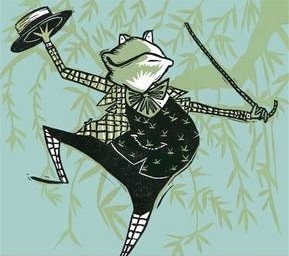 Mr Toad – Um, a toad.
The Wind in the Willows, by Kenneth Graham.

Who doesn’t like Mr Toad? In terms of sheer irrepressibility (not to mention irresponsibility and lots of other words beginning “irr-”) there isn’t anyone, anywhere, to touch him. Constantly pinging between obsession, egomania, despair, contrition and general well-meaning buffoonery, he’s a wonderfully skewered English stereotype. And, with a few necessary misfortunes and a lot of support and discipline from his friends, he comes right in the end. Perfect. 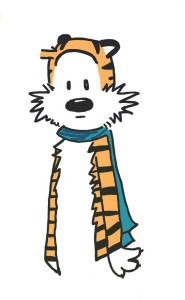 Any Calvin and Hobbes cartoon by Bill Watterson

I adore Calvin and Hobbes. I challenge anyone who is remotely sniffy about cartoons (not being “proper books”, whatever those are) to not to be amazed by its sheer imagination, insight and hilarity. And Hobbes is a really complex character. He’s part best-friend, part agent provocateur and all tiger (loves: pouncing, sleeping and tuna). But also he sometimes stands apart, watching Calvin’s six-year-old-hedonist antics with a sort of fondly exasperated world weariness. It’s a neat trick: because he’s a tiger, and expected to have a different viewpoint, he can act like Calvin’s adult conscience, and so provide a perspective for the reader.

(Contains spoilers – but I reckon most people have read it by now).

I think it was Tolkien (but might not have been) who said that all books are ultimately about death. Often the characters who are closest to death also live the “truest” lives. Charlotte embodies this: she’s a bit scary – a disembodied voice in the dark, later revealed to be a bloodthirsty hunter who sucks the juice from flies – and hugely compassionate. She saves Wilbur’s life but dies herself, leaving behind a family of young spiderlings. Charlotte lived well, and true to her nature (the fly-juicing is what a spider does), and so when she dies it’s a sadness, not a tragedy. 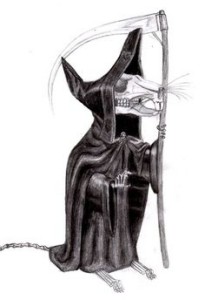 The Death of Rats, aka “The Grim Squeaker”, manages to have a lot of personality despite only ever making two types of utterance: SQUEAK, or EEK-EEK if he wants to make a point. He’s essentially a non-speaking character who nonetheless manages to be tenacious, sarcastic, forthright and sympathetic. I have no idea how that works – it’s one of those things that Pratchett can do that leaves the rest of us shaking our heads in wonder.

Thank you Tom, for a thoroughly entertaining post. I was so glad to see Hobbes included. People who claim Tigger to be their favourite tiger have obviously never encountered Hobbes! 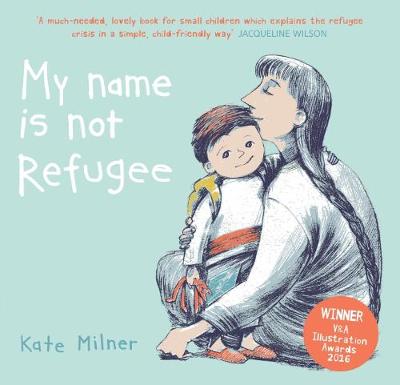 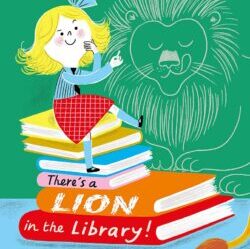