Today I am delighted to welcome Chloe Inkpen to Library Mice for a new Fabulous Five feature, who illustrates the series Zoe and Beans, which she co-writes with her father, Mick Inkpen.
I reviewed the first in the series, Where is Binky Boo? here. 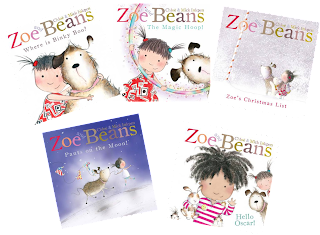 Chloe grew up surrounded by picture books and has a natural gift for storytelling. A love of language and art saw her swap an English Literature course for a degree in Visual Communication at Glasgow School of Art. She spent her final year specialising in children’s book illustration and was awarded second place in the Macmillan Prize for Illustration in 2008.

In 2011 Macmillan Children’s Books published the first of a brand new book series created by Chloe and her father Mick Inkpen, Zoe and Beans: Where is Binky Boo? The series now has five titles, with two planned in 2013.

Here is a great little video on how Chloe creates her characters: 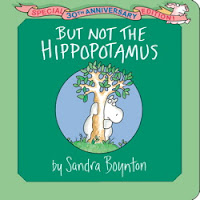 But not the Hippopotamus
Sandra Boynton

This book is a long running favourite in our family. Just thinking about it makes me laugh. It’s a simple board book story about joining in. I wasn’t great at joining in as a kid because I was shy, and I’ve always felt an affinity with the anxious hippopotamus at the centre of the story. I love Sandra Boynton’s comic characters and satisfyingly silly rhymes. She’s the queen of board books for me. The punchline still gets me 25 years on. 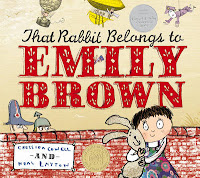 This book is brilliant. Neil Layton’s mad, scruffy illustrations work perfectly alongside Cressida Cowell’s hilarious and expertly crafted comic tale. I love the energy in this book. It seems like both author and illustrator have really enjoyed making it. I expect kids can easily relate to the central character Emily as she fights to hold on to her best loved toy (an old grey rabbit called Stanley) who’s under threat of being whisked away by a silly queen. It’s a really accessible story for kids and a fantastic book to read aloud. 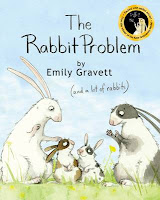 Emily Gravett is one of my favourite contemporary picture book author/illustrators. Her books are invariably clever and funny and beautiful to look at. The Rabbit Problem depicts a year in the life of rabbits, taking the form of a monthly wall calendar. Each month presents a new seasonal problem for the ever increasing rabbit population, culminating in a really satisfying pop up bunny explosion. The text and illustrations are densely packed with jokes and the book requires a decent reading age to get stuck into all the additional material but even without the extra material there’s plenty of energy and humour in the main bunny illustrations for younger readers to enjoy. 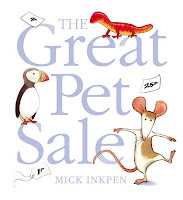 Am I allowed to choose one of my dad’s?! Dad’s books have always made me laugh. We have the same sense of humour which is great for our working relationship. The Great Pet Sale is a simple story about choosing pets but it’s also about the anxiety of not being chosen. The central rat character exhibits a sort of endearing comic vulnerability like Sandra Boynton’s hippopotamus. His insecurity about not being chosen exposes itself via a series of funny insults he makes about the other pets in the pet shop. ‘Sausages on legs!’ he says of a salamander, ‘you don’t want one of THOSE!’. I love this line.

I’ve bought this book over and over again for my friends because I like it so much. I suspect it’s even funnier for grown ups than kids. It’s beautifully designed and illustrated with a hilarious comic dialogue and satisfyingly subversive ending. The characters emotions are expressed only via the subtle narrowing of eyes or repositioning of pupils. The contrast between the tension in their facial expressions and their otherwise impassive body language is brilliantly funny and sits perfectly alongside the deadpan text.

A great selection indeed! I am so glad to see Sarah Boynton featured. My children loved her books when they were little and I wish she was more known here! Many thanks to Chloe Inkpen for taking part. 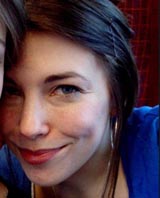