When Nathan’s father is arrested suddenly, accused selling confidential information from the Ministry of Defence, he gives Nathan a message which leads him to a riddle, written in 1940 by a Bletchley Park code-breaker named Lily Wilson. Within days, things take a turn for the worst and Nathan’s dad is charged for breaking the Official Secrets Act. But how can Lily’s story help Nathan prove his dad’s innocence?

The Messenger Bird is a gripping, engaging  story which successfully mixes a rather classic World War II spy story with very contemporary themes of national security. Both Nathan and Lily’s stories develop alongside each other, one in today’s Britain, one in 1940s Britain. Both stories mirror each other, as both characters are trying, in different ways, to save their father. Nathan’s dad and Lily are also suffering from an injustice, being wrongly accused of treachery. It is so interesting to see how easily concerns over spying during World War II can blend and mirror our contemporary worries about national security.
The themes of friendship and loyalty are also central to this tale. Nathan obviously feels very strong loyalty towards his father, even in moments of doubt, but is also loyal to his two best friends Josh and Sasha. Their friendship is paramount in the storyline and it is together that they solve the mystery surrounding Lily’s clues. But absence of loyalty are also very much present in the book, as both Nathan and his sister Hannah find themselves at the brunt of people’s assumptions. The role of the media is quite cleverly touched on here, with Nathan’s dad appearing plastered all over the papers before any real proof of his guilt. What happens to Nathan’s dad all feels quite plausible, worryingly. And though Nathan and his friends can be a bit reckless at times, they are certainly inspiring characters.

The text is very accessible, and it will appeal to both boys and girls, which is definitely a bonus. Both war and spy stories are often male-dominated and clever Sasha really helps bring the balance right here!

This is an intriguing and fascinating tale and although I knew of the Enigma machines, I knew absolutely nothing of Bletchley Park and learnt quite a lot as a result. I  hope many young readers will be encouraged to find out more after reading The Messenger Bird.

Many thanks to Scholastic for sending me a review copy of “The Messenger Bird”.

As part of the blog tour for “The Messenger Bird”, Ruth Eastham will be stopping here tomorrow to share her all-time favourite war stories. 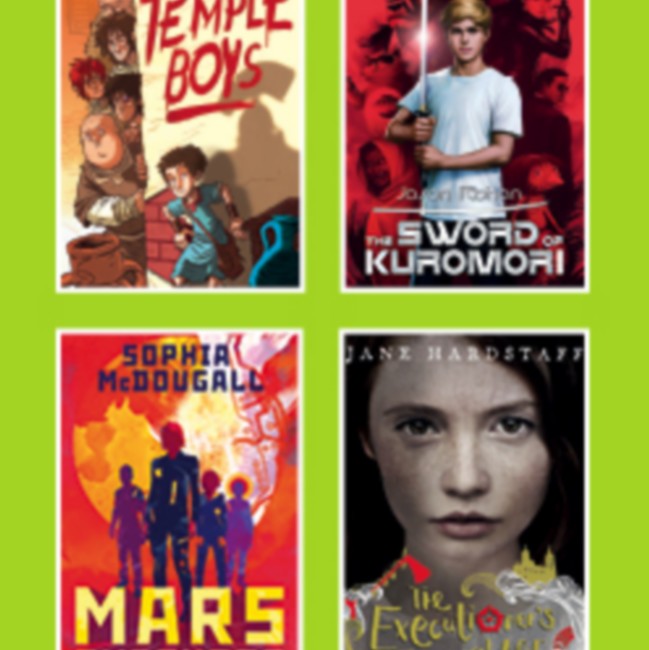