Anobody interested in nursery rhyme anthologies will be well aquainted with Iona Opie, an authority in the field of children’s folklore research who worked mainly with her husband Peter, with whom she wrote The Oxford Dictionary of Nursery Rhymes. This anthology is illustrated by American illustrator Rosemary Wells, who is particularly famous for her rabbit illustrations, including the Max and Ruby series.
This was one of the first nursery rhyme anthologies I fell in love with and I was lucky to buy a hardback copy before it went out of print (it is now published by Walker Books as Mother Goose’s Little Treasures). Despite the child-friendly art, some of the illustrations remain dark in  parts and I love this. After all, nursery rhymes aren’t all rosey (think of the poor baby from Rock A Bye Baby for a start!)! There are some fairly unusual rhymes in this volume, obviously due to Iona Opie’s input, as well as some many that you would expect from such a volume. Wells’ “old school” illustrations go hand in hand with the rhythmic text. It is a book I cherish (read: I don’t let me children near it!). 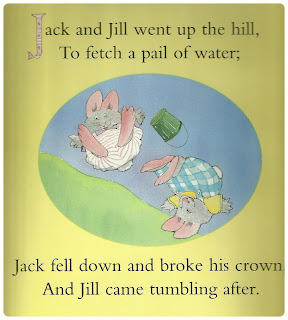 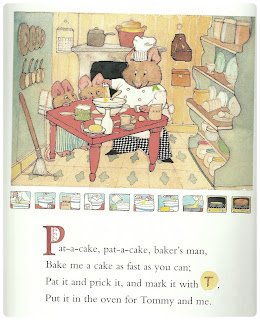 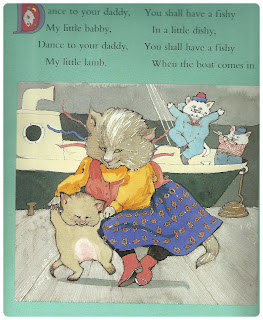 (one my favourite rhymes, and one you might know from the Young’s advert!)