Hardbattle Books is no ordinary bookshop. Years ago, Magic decided to make it its home and has been creating havoc there ever since. Mr Hardbattle, the owner, has learnt to live with it, but unfortunately it has driven away most of his customers. When Mr Hardbattle gets a letter from the new owner of the building let him know he is about to put up the rent, he has no other choice than try to relocate the magic in order to attempt to save his livelihood. With the help of 13 year-old Arthur and busy-body spinster Miss Quint, he sets up upon a quest to find the Magic a new home. But with a Magic that has a mind of its own it turns out to be no mean task ,especially when Miss Quint decides to dabble in magic herself and a few characters, some of them rather unsavoury, suddenly start popping out of books.

This story has all the right ingredients to make it a charming book. I loved the idea of Magic taking over a bookshop, book characters springing to life and getting into a lot of mischief. The main protagonists of the story are particularly well drawn. Arthur is a very likeable character which more than lives up to his surname, Goodenough. Miss Quint might look like the quintessential spinster at first but despite having a rather annoying tendency to do as she pleases, she turns out to be a caring and proactive character. Susan develops from a two-dimensional book character to a little girl full of personality and even quite assertive; the end of her story reflected that and I felt really pleased with how things turned out for her. In retrospect she was by far my favourite character.

What I liked about the book is that it has all the makings of a traditional story, and yet is still very much contemporary. Such a balance is particularly hard to achieve, and Anna Dale can be applauded for her storytelling skills.


It is a magical story full of warmth, wit and humour. Although the text is quite dense and is probably better suited to confident readers, this book is a perfect example of a chapter book which can be read, in instalments, as a bedtime read with a younger audience.

I have to say also that I absolutely love the cover of this book. It portrays what every child should feel when entering an independent bookshop: entering magical realms! It would make a great poster for Independent Booksellers Week! 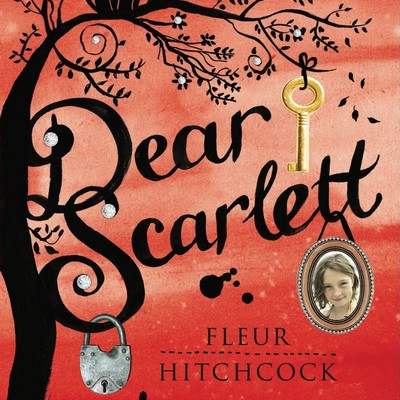