Lochan is an extremely intelligent and sensitive 17 year old boy who has a hard time imteracting with others outside of the family coccoon. Maya is a pretty and sensible 16 year old girl, who is popular at school. They are brother and sister. At home they are also surrogate parents to their three younger siblings since their alcoholic mother has finally entirely abandoned them after months of to and fros to her new boyfriend’s house. Nobody on the outside seems aware of the situation and Lochan and Maya intend to keep it that way, desperate to keep the family together. But as the strain of running a family slowly takes hold, Lochan and Maya’s relationship changes. They have always been very close, supporting each other through their dad’s departure and mother’s addiction and total lack of interest in her offspring; but they are getting even more close now and are having to deal with feelings they fail to understand … it is love, undying love, but not the kind you should be feeling for a sibling. It is the one kind that is forbidden, and despite their best efforts to control it at first, Maya and Lochan eventually surrender to their feelings, unlocking a chain of events with devastating consequences.

One has to applaud Tabitha Suzuma for not shying away from the extremely controversial subject of sibling incest, whilst dealing with it with extreme care and a lot of empathy. Yes, some scenes are explicit and might make some readers (adult maybe rather than young adult?) uncomfortable, but they are never insalubrious. This is a complicated love story, with protagonists who have a complex and heartbreaking social background. Lochan himself offers a very articulate explanation of why they may have ended in this predicament and I think his reasoning will go a long way at putting at rest the minds of potential critics:

‘Many people claim that the abused often go on to abuse so for most psychologists, our mother’s neglect – which is considered a form of abuse- would be linked directly to our “abnormal” behaviour.’

There is no gratuitous sensationalism. The author takes great care at trying to make us understand how the situation develops and this is the reason why the storyline never felt shocking, or wrong, to me.


This is a highly-emotionally charged novel; the emotions of the two narrators come and go in waves, drifting from euphoria to despair within a blink of an eye. Amongst the pain, the suffering, the torture of Lochan and Maya’s feelings for each other and the feelings of hopelessness at being left in sole charge of a family, there are some true moments of happiness in this book. The few pages depicting the game of bull dog for example have hope and glee oozing out of them. The cohesion within the family, the love that Maya and Lochan feel for their siblings is unbeliavably pure and ferocious. They would do anything for them, and in the end, it does come to that. And despite the unbearably sad ending, the reader is still left with a glimmer of hope that the family might survive their ordeal and stay together.

I have been amazed by the author’s brave and honest writing. This might not be a book for everyone, but it will leave a lasting impression on those who embrace it. 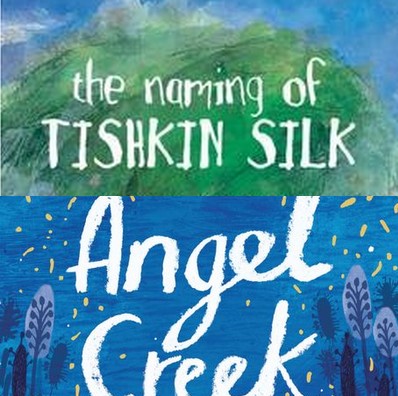