FABULOUS FIVE: “Five picturebooks that surprise me” by Rilla Alexander 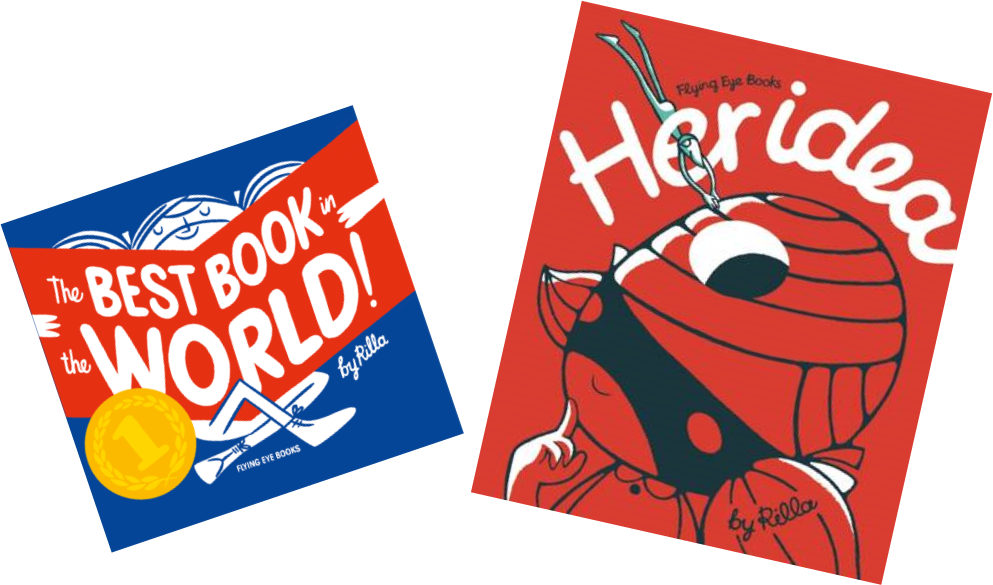 Bright, bold, colourful and full of contagious energy would be one way of describing Rilla Alexander for Flying Eye books, The Best Book in the World and Her Idea. Both books are beautifully produced, and have that graphic design look and edge which will make them a success both with children and adults alike.

While The Best Book in the World  is all about the joys of immersing oneself completely in a book, Her Idea focuses on the creative process, with all its ups and downs. Both celebrate creative, artistic minds, children who love to read, write, and create imaginary words whether it is in their minds or on paper. Those are the same children who are likely to be told off for “daydreaming”, and those who may be told by peers that they are a bit ‘odd’. These two books make them the heroes, the ones to be envious of, and the message is bold and clear: Look at the world reading and writing creates around you!

Their creator, Rilla Alexander,  is an Australian illustrator and designer. Her cast of characters dance across Museo del Prado’s ceramics and stationery, populate Swiss Credit Cards and sleep on the walls of a Copenhagen hotel.
Rilla has spoken at design conferences from Tijuana to Tokyo and exhibited around the world including the Louvre.
In the video below, she talks about her struggles with the creative process, using the premise of Her Idea , and its heroine and Rilla’s alter-ego, Sozi.

There are also some Sozi fabulous activity sheets on Sozi’s own website here, which would be a great starting point for creative activities with children.
You can also find Rilla on her website and on Twitter.

Rilla Alexander is quite an inspiring lady, I am sure you’ll agree, and I was delighted when she agreed to take part in a Fabulous Five feature on Library Mice, so without further ado:

Five picture books that surprise me
by Rilla Alexander 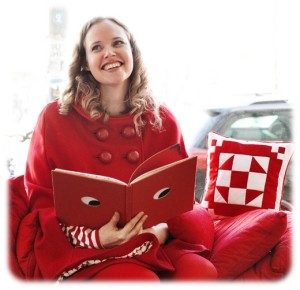 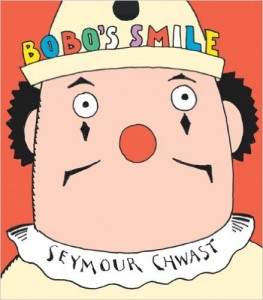 Bobo is a clown who becomes depressed because the circus closes. He decides to travel the world. He sees lots of wonderful things but nothing makes him smile and finally, it is time to return home.
What I am about to tell you is going to rob you of the surprise of reading it to the first time. Maybe go and find it first? Still here? As he arrives back in town Bobo is mugged on the street! Could it get any worse? Well, yes it could! It’s so dire that all his buttons fall off his clothes. But Bobo juggles them… and, at last, Bobo smiles again! I love this book. It’s such a profound statement about finding happiness and doing what you love.

This is one of the books in Maurice Sendak’s Nutshell Library. I love tiny books so Maurice Sendak in tiny book form is irresistible.
The Pierre book is my favourite of the set. Pierre doesn’t care about anything and so his exasperated parents head into town without him. Next thing you know a lion appears and asks Pierre if he he’d like to die. Of course, he doesn’t care so the lion goes ahead and eats Pierre without any fuss. He satisfyingly licks his claws after swallowing.
As you read on you discover the parents return and the doctor shakes Pierre out of the lion’s tummy – but I like to think it ends with the words “So the lion ate Pierre”.
After all, the moral of the store would still be CARE!

I didn’t have this book as a child and I think it only came into my consciousness as a student in the pre-Google era as an example of very strong graphic cover design. I knew it looked fantastic but I still had no idea what the story was about. This wasn’t helped when, on my first overseas trip, I found a copy in Japanese. Then I knew for sure that every page looked great but still had no idea about the story.
I could see robbers, victims and weapons but surely the story couldn’t be all that bad? Many years later, sitting here lovingly caressing my very beautiful copy in English I can, of course, confirm it’s about stealing children and starting a cult. Oh, Tomi Ungerer!!!

This is one of my new favourites. It is a book of philosophical tales and the one that touches me most is “The Lobster”.  A door to door salesman carries in his briefcase anger, rage and jealously but the mouse is not interested in those. He wants melancholy but the lobster admits what he has is deeper than that – it is sorrow. The mouse drapes his shoulders with sorrow, stares into the distance and sighs. 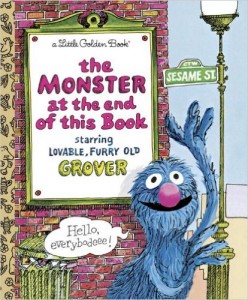 The Monster at the End of this Book
Jon Stone

This is the only book of the five I have known and loved all my life. It may not seem to fit into this set of books since it is, on first glance, neither shockingly mean or profoundly heart rendering. And yet, I remember reading it as a very little child and experiencing both.
Grover is pleading every step of the way for us to not turn the page because every page we turn is closer to his fear. I remember the extreme glee I felt while turning the pages – even though he asked us not too. It was so naughty to not do as he asked!
But I also remember feeling so sorry for Grover because he really didn’t know what was at the end of the book and was really very scared and anxious. I just wanted to give poor Grover a hug. It may or not be a co-incidence that during my teenage years I wrote my diary in the voice of Grover.

Thank you so much Rilla, for this great selection! We love The Three Robbers too!

The Best Book in the World and Her Idea are published by Flying Eye Books and are out now.