Saba has been brought in the harsh, unforgiving and isolated landscape of Silverlake, with her twin brother Lugh, and their younger sister Emmi. Her whole world revolves around Lugh, and her pet crow Nero. She knows nothing of the violent world outside of Silverlake. When Lugh is taken away by mysterious darkly-clad men, Saba’s world collapses. But she knows she must rescue him and so starts off on a journey to find him. The path to where Lugh is held captive is paved with violence, corruption, betrayal and deception; but amongst all the anguish, Saba will also discover trust, friendship and even love.

I dare you not to be hooked by this fabulous story as soon as you read the first few pages. Blood Red Road is entertaining and gripping, everything a good teenage novel should be.
Set in post-apocalyptic period in an unnamed part of the world (although the mention of ruined skyscraper cities surrounded in mountains and dense forest did make me think this might be set in South America), no mention is made of what happened in the distant past but Wreckers (us) abused and eventually destroyed the planet, which leaves the survivors living in the most bleak conditions. Saba, Lugh and their family have lived in an isolated spot all their life, and stayed even when the lake, then most of their food supply dried off. Lugh and Saba blame this on the emotional instability of their father, driven to the edge by the loss of his wife, but it becomes clear throughout the story that in fact he did so to protect them from an undesired fate.
The distorted form of language is unsettling at first, and has resonance of Todd’s voice in Patrick Ness’ Chaos Walking trilogy. But it helps set a fast, almost breathless pace to the story; helped by first person narration, one can really feel the fire that fuels Saba, through her blunt speech and direct access to her thoughts. And some of is rather witty too; for instance, I could not suppress a smile at the “One Missus Ippi, two Missus Ippi” that Saba uses when counting to work out the closeness of the thunder lightning.
The story is brutal at times, not shying away from the reality of survival within that world. It is as raw and merciless as the society it depicts and interestingly, that society is uncannily similar to the Roman Empire in some aspects. The cage-fighting of course is resonant of gladiator fights (especially as its venue is called The Colosseum) but also the use of slaves, and the megalomaniac leader, who deludes himself into thinking he is a great king! It is as if, having destroyed the world, people are going full-circle again.

Saba is a great central character. Unafraid, committed and feisty (and not dissimilar to The Hunger Games’ Katniss), she learns along the way what her weaknesses are and works hard at fixing them. Having lived in the shadow of her twin all her life, we are witness to her transformation,  blossoming into a strong and independent young woman with a natural ability for leadership. This is thanks to the many encounters she makes throughout her journey. And of course, it includes Jack. Ah, Jack! I know one should get bored of brooding, mysterious and utterly charming love interests, but one just does not when the story is well written. And he is a fine specimen of his kind too:

“Yer in my blood, Saba,  he says. Yer in my head. Yer in my breath, yer in my bones …
gawd help me, yer everywhere. You have bin since the first moment I set eyes on you.”

But Saba is not the only inspiring young female character in Blood Red Road. Younger sister Emmi is just as feisty and clever. Seeing their relationship develop and change throughout the book was very poignant. I also loved the idea of the fearless, Amazon-like army of Free Hawks.
In fact, Blood Red Road is quite character-led, with many particularly  memorable characters. The most enigmatic remains DeMallo; although I do not think a sequel is necessary, if it does gets written, I do hope we see more of him. There is closure at the end of the story, which is why I don’t think that a sequel is necessary, but I would most definitely want to hear more about Saba and Jack so would actually welcome one.
Moira Young delivers a great novel which will take proud place alongside the most accomplished of dystopias, such as Suzanne Collins’ The Hunger Games and Patrick Ness’ Chaos Walking trilogy.  This is one book that I will be wholeheartedly recommend to my students!

Many thanks to the good people at Scholastic for sending me a review copy of “Blood Red Road”. 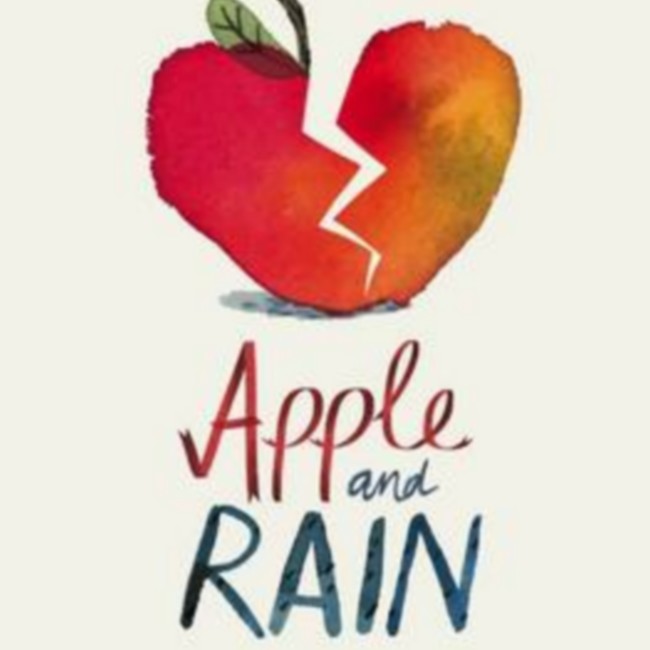