Come and join Barroux on a game of hide-and-seek with a difference! 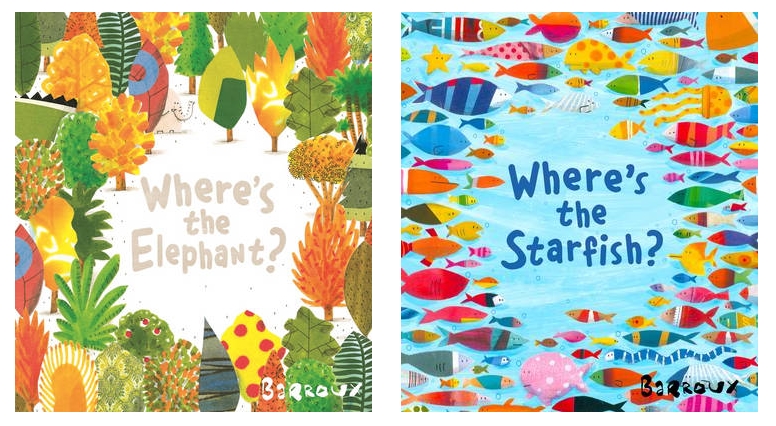 Where’s the Elephant and Where’s the Starfish? (Egmont) are two quasi-wordless picturebooks which carry an incredibly powerful message about the effect Man has on the environment, and more particularly deforestation and sea pollution. Designed in a Where’s Wally? type puzzle book, the hide-and-seek style allows the message behind the stories to be really powerful for the implied reader – children get to draw their own conclusions from the artwork , in a ludic way, without text to determine their opinion. Though the stories don’t shy away from the truth of pollution, they also offer an thought-provoking twist at the end, with the animals fighting back, conveying that it is not too late to reverse the harm we have done.

Picturebooks which carry such important messages can only succeed if they do not use overt and over-moralistic features and these two books are a perfect example on how this can be achieved. Playful, colourful and full of hope, Where’s the Elephant? and Where’s the Starfish? are remarkable in simplicity and artistry, providing a stimulating and playful experience which doubles  as a  perfect first introduction to the themes of ecology and conservation.

I was delighted that Barroux agreed to answer a few questions about his work. 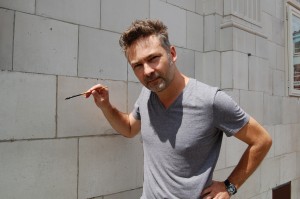 How did you become a children’s book illustrator?

Early on I was directed towards art school in Paris, then postgraduate studies in visual communication. But I became an illustrator by chance. I came across an author friend in the street one day who suggested I illustrated one of her texts. I illustrated that book, then a second one, and I have not stopped since.

Could you tell us a little bit about your technique?

Technique, materials .. that’s the easy part because one can list words like acrylic paint, brushes, pencils, collage …. But the most difficult part is when we try to talk about emotion, light, atmosphere. It is in those details that hides the strength and pertinence of images. 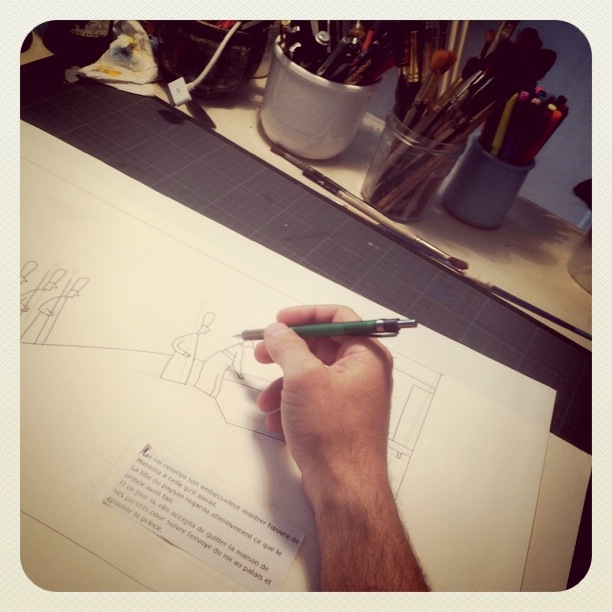 Where do you work? Have you got a studio or a special room in your house (or garden)?

I work in my studio with good light, a comfy chair and music. I work in a shared studio space full of other artists. It is called Dans le ventre de la baleine (in the whale’s belly). 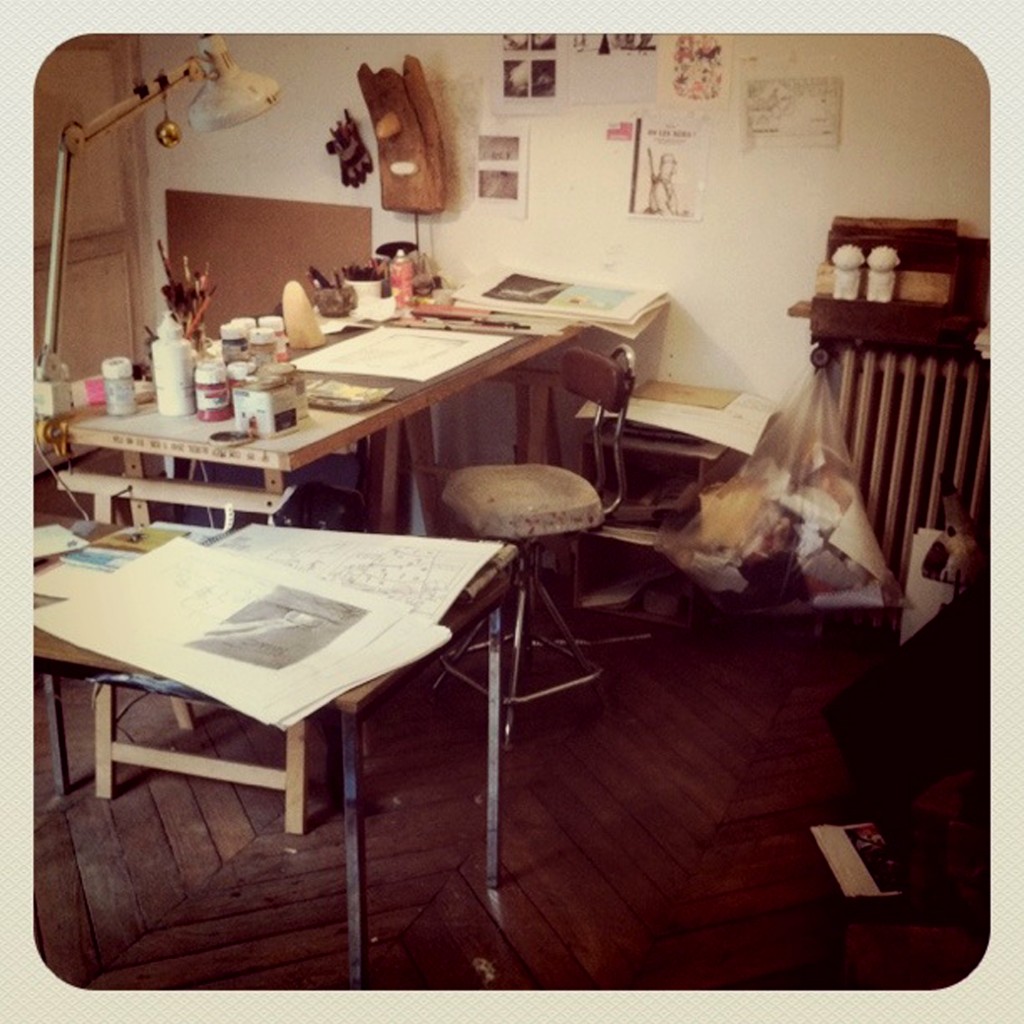 I got the idea for Where’s the Elephant? a few years ago during a trip to Brazil, on the banks of the Amazon river. During my trip I was witness to the devastation caused by mankind, with the rain forest being gradually destroyed by fire. The concept of the book only came to me once I put together Where’s Wally? and my idea about elephants. How can one hide when there is nothing left to hide behind? The concept of the book then became so clear to me,  it almost imposed itself.

Which illustrators made a big impression on you as a child? 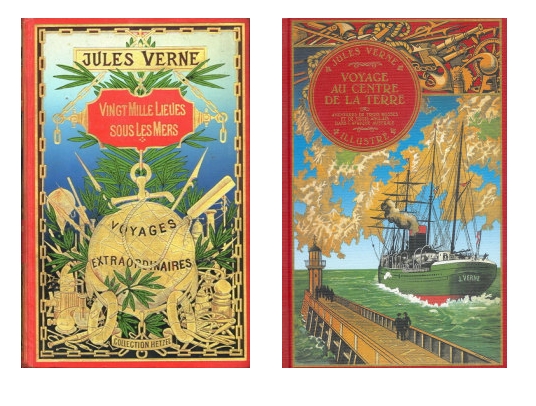 I don’t remember any illustrators particularly making a lasting impression on me as a child, but I have very vivid memories of the first books I read, and those were Jules Verne’s books. I might have been 10, or 11 maybe, and I devoured them all: Twenty-Thousand Leagues Under the Sea, with Captain Nemo, Journey to the Centre of the Earth, etc.

And how about now?

These days, I find myself more inspired by painters and photographers. Artists such as the painter Basquiat and the photographer Raymond Depardon have deeply influenced my work.

Thank you so much Barroux for taking the time to answer these few questions.

Where’s the Elephant? and Where’s the Starfish? are out now and can be purchased here.

Source: review copies from the publisher