All the Colours of Paradise 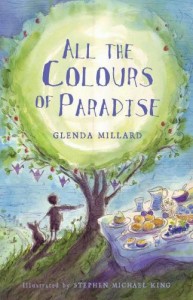 All the Colours of Paradise is the fourth installment in the splendid Kingdom of Silk series, which follows the everyday life of  bohemian family, who live in the Australian countryside. Though there is a sequential order to the series, there is enough recap in each book for this particular book to be read as a stand-alone. Though I can assure you you will want to read the rest once you have started. In this particular book readers learn a little bit more about the latest addition to the family, Perry Angel, who is being fostered by the Silks. Perry is very quiet, and he finds some things very hard, particularly interaction with people. However he uses drawing to express a lot of his emotions, until an unpleasant encounter threatens to take this away from him.

Most of the story is seen through Perry’s eyes, as he adjusts to his new life and surroundings and this gives the text a moving undertone of innocence. Witnessing Perry’s gradual realization that his new family and friends deeply care about him is poignant to say the least. As he struggles to make sense of his feelings, his musing, such as “Love is like chocolate, melting in the quiet dark inside of you”, have the power to choke up even the most hardened adult reader.  But while the writing is always deeply emotional, it is never becomes sentimental. The Silks epitomize the goodness of people, the importance of family, of celebrating difference, but the story is never sappy. Sad and joyous, yes. Full of yearning, love for those lost, yes. But never over-sentimental.  Issues of bullying, fitting in, learning difficulties and even teenage pregnancy are dealt with with a lightness of touch which is all the more effective. Millard’s deceptively simple style s is like honey to one’s soul. Rarely has a series of books had such an effect on me. Never have I felt such yearning to be part of a fictional family. Never have I cried both of sorrow and elation as much as I have with every single book in this series. It really is a magnificent series.

Buy it from an online independent bookseller 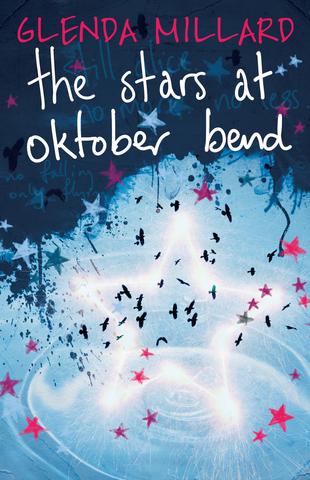