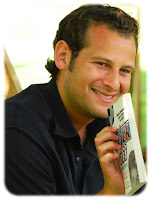 Dan Freedman is the author of the very successful Jamie Johnson series, which has Dan’s love of football at its heart. Dan has been a big fan of football since a very young age, and he carried that love through school and university, eventually getting a job for the Football Association.
The first book in the Jamie Johnson series, The Kick-Off, was published in 2007, and has been chosen to be part of the 2011 Booked Up selection.
The fifth book in the series World Class, has just been published by Scholastic.
You can find more information about Dan and his books on his website. Scholastic also have a microsite for the Jamie Johnson books, which can be found here.

Did you like reading as a child? What kind of books do you enjoy?

I was a very stubborn boy who refused to do whatever he was told (sound familiar?) including reading. So no I didn’t enjoy reading. Except I did. I read anything to do with football and my entire vocabulary comes from that reading. But those early experiences allow me to understand the mind of the reluctant reader and to, ever so subtly, coax them in to giving books a go…

Did you always want to be a writer? How did you end up working for the FA?
Once I worked out I wasn’t good enough to be a footballer I had to find some other way of getting close to the game. Given my obsessive reading about football, I developed an encyclopaedic knowledge of the game and a good writing style to boot. During my school years I worked for free at Arsenal FC, Radio 5, Sky Sports and ITV. Then, having studied English Literature at University, I struck lucky in that I wrote a speculative letter to The FA just at the time when they were looking to recruit three young graduates to head up their first ever Customer Relations Unit (i.e. people to talk to the fans…) My feet didn’t touch the ground for about three years.

How did you go from that to writing children’s fiction?
In the early part of the last decade, I suddenly became aware that there weren’t any genuine novels for kids about football. There were short stories for young kids and autobiographies by 22 year-old footballers, but no what I would term proper novels for young football fans. So, initially as a hobby, I had a go at writing one. I quickly got turned down by publishers. That’s when my stubborn streak kicked back in…

How did Jamie Johnson come about? Was there a particular influence behind the character?
Jamie is inspired partly by my own experiences as a kid growing up loving football. He’s also informed by all the experiences I was lucky enough to have had working in football. Living and working alongside the likes of Beckham, Gerrard and Rooney, I could see first-hand how the top players approached the game and the attributes they had in common. Also, there was once a great Scottish player called Jimmy Johnstone. He’s in my mind when I write too. He was a unique natural talent with a lot of cheek – just like Jamie.

Is one of you aims when writing Jamie Johnson to promote football positively (ie look after yourself, work hard, play fair etc)? I think a lot of children have a distorted view of what being a professional footballer entails, particularly because of the media. Do you think that this view can be amended through fiction?
I don’t preach because it doesn’t work. But I do know that all the top players have an insatiable desire to work, learn and improve themselves. Talent is only part of the deal. So I reflect that reality when I write about Jamie because he too is one of those elite performers. So, as you say, perhaps it’s less about promoting football positively, more about reflecting it accurately.

Football is a subject linked to boys but there are some fantastic girl football teams too. Do you have a lot of girl readers? Would you consider writing about a girl?
Yes, lots of girls read my books and that’s something I’m proud of. One of the best letters I ever received was from a girl in South Africa who said she’d read The Kick Off and it had inspired her to become a professional footballer. I’m also good friends with Eni Aluko, who is the striker for the England Women’s National Team and plays professionally in America so I have a lot of respect for the women’s game. Absolutely I would consider writing about a girl, if I felt it would make the best story – I wouldn’t just do it for the sake of it.

You do a lot of school events, and have a great reputation amongst the school librarian community for delivering great sessions. Is this a part of the “job” that you particularly enjoy?
Thank you and yes. Coming fresh into writing from the football world, this was a part of the job that I had no real idea existed but now it’s something I very much enjoy doing. It’s a chance for me to meet my readers – I call them my bosses. I find that the school visits complete the circle that is the writing experience.

What is the weirdest thing you have been asked (by a student, a teacher or a librarian!) at an event?
Some of my favourites have been:
Do you hand-write every single book that is in the shops? How old are you? What is the worst thing that has ever happened to you? Have you played football with Wayne Rooney? Do you still want to be a footballer? What car do you drive? Who is the greediest footballer at dinner time?
I won’t say which of these were asked by students and which were by teachers and librarians!

It’s all good fun though and I enjoy the Q & A part of the visit. Probably the moment that will stay with me wasn’t a question though. I was in a school and a boy put up his hand and said: ‘This isn’t a question…but my mum’s JK Rowling.’
And, you know what? He was telling the truth!

Would you ever consider writing about any other sport?
Absolutely. There are such wonderful stories and metaphors for life in sport. Sport can tug your heart-strings, make you laugh and shock you all in the space of a minute.

My son is going to his first football game next season to watch Spurs. Which game do you think he should go to have a chance of seeing them win? (don’t deny it, I know you are a Spurs fan too!)
My dad took me to White Hart Lane when I was three – is that a form of child abuse?
Ok, how about watching them play Newcastle United? They’ve got wonderful fans and Spurs usually do quite well against them at home (though they always lose at St James’ Park!)

Thank you so much to Dan for taking the time to answer these questions., it is always so interesting to get an insight in what inspires authors.

Dan is visiting my school on Wednesday and I very much look forward to meeting him! 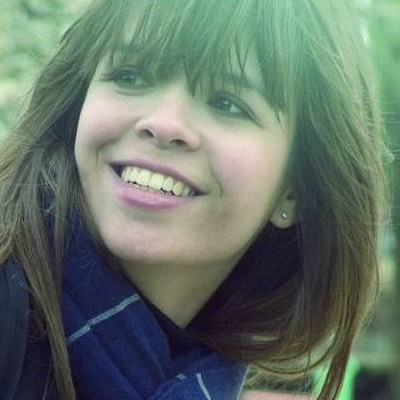